Niyazi Kızılyürek: “The Republic of Cyprus was an unwanted child” 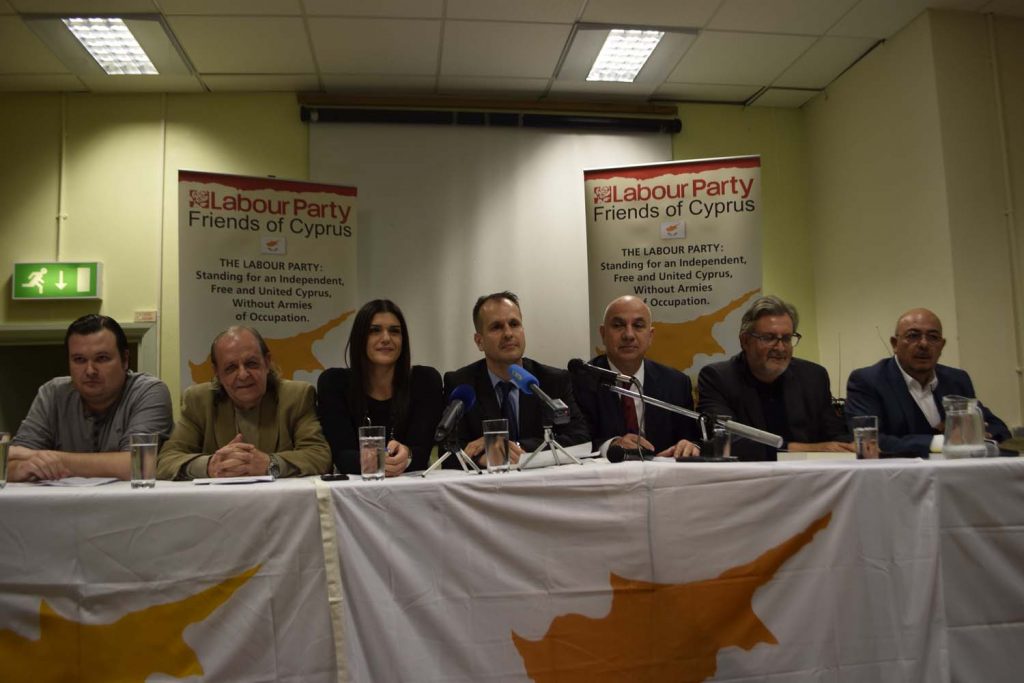 LABOUR Party Friends of Cyprus organized a seminar titled The Constitutional Responsibilities of Britain: Past, Present, and Future.”

The seminar was organized by the Labour Party Friends of Cyprus which took place on Monday, 1 October at the Cypriot Community Center in the Wood Green district of North London.

Niyazi Kızılyürek, professor of Political and History at the University of Cyprus, Şener Levent, the Editor-in-Chief of the African Newspaper, Anna Theologou and the House of Representatives of Cyprus Attorney Christos Clerides, Head of the Law Department, attended to the seminar as speakers.

The opening speech was made by Vassilis Mavrou, founder of the Friends of the Labor Party of Cyprus.

Vassilis Mavrou commemorated 1st October Independence of the Republic of Cyprus and stated that the reunification of Cyprus will benefit the Greek Cypriots and Turkish Cypriots.

The speakers discussed the UK’s constitutional responsibilities to the Republic of Cyprus, Niyazi Kizilyurek said:

“Here we celebrate the birth of the Republic of Cyprus, thus Cyprus has rapidly matured but still in a tragic situation. Cyprus is still divided and continues with endless negotiations.

We need to criticize ourselves and be aware of the effects of the current situation. As Turkish Cypriots and Greek Cypriots, we must think about our past, face our past and look in the mirror. We created the Turkish and Greek troops.