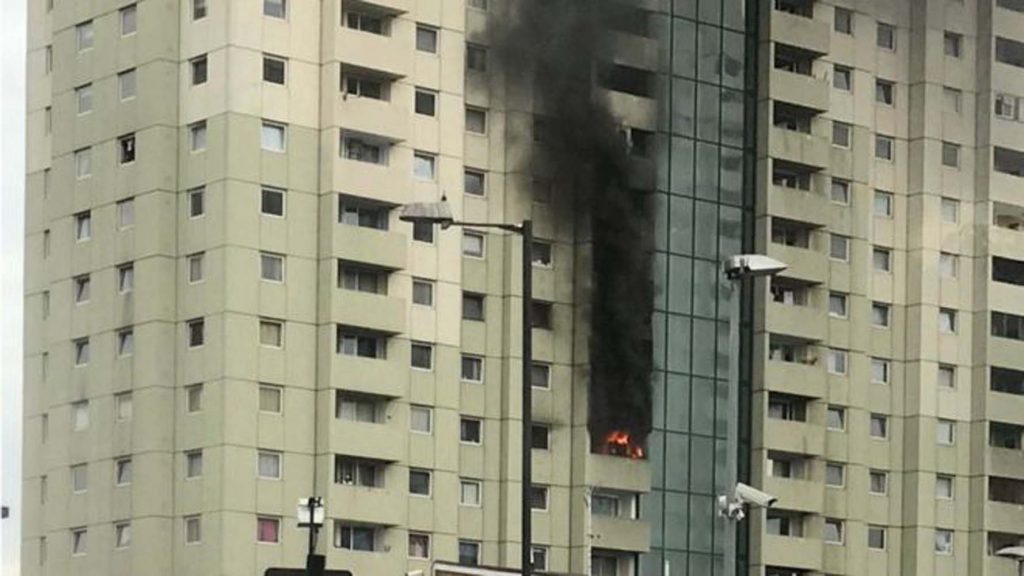 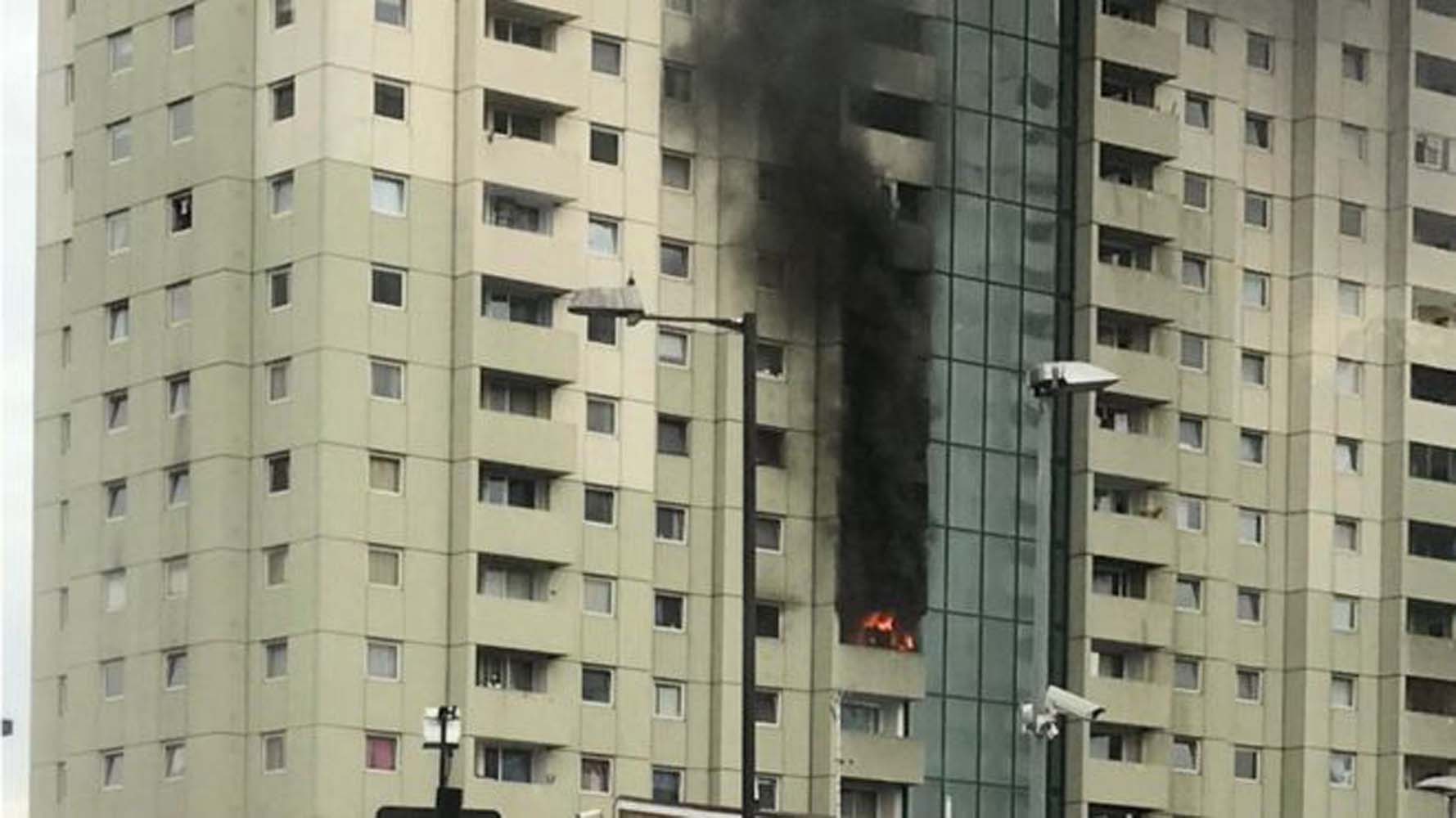 ALMOST 50 people fled a flat fire that which required ten fire engines to ensure it was under control.

The fire occurred in a block of flats near the North Mall in Plevna Road, Edmonton Green.

Emergency services received nearly 50 calls about the eruption of blaze at around 5.39pm when part of a four-bedroomed flat on the sixth floor was seen alight. Nearly 50 residents left the building before the arrival of the fire brigade. Firefighters wearing breathing equipment had to lead a man to safety down an internal staircase.

The flat fire was under control by 7.10pm. The cause of the fire is unknown at this stage.