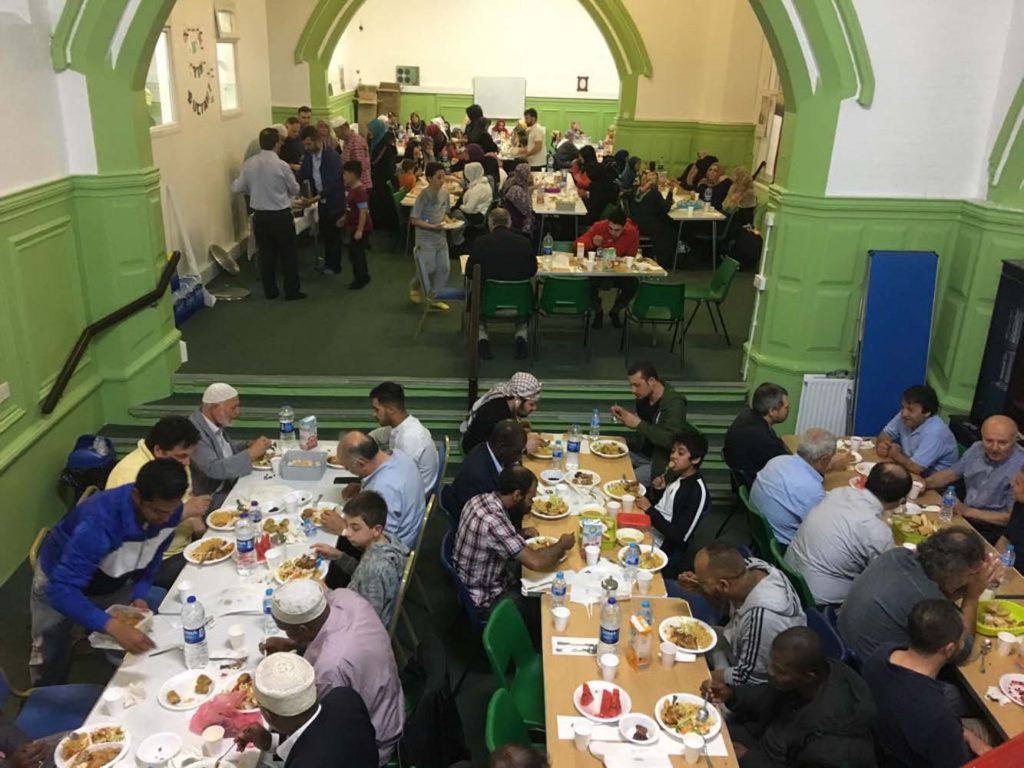 The Sheikh Nazim Qubrusi, New Peckham mosque is well-known for opening its doors to hundreds of Muslims during Ramadan each year. The mosque has continued to organise iftar programs every evening during the holy month of Ramadan.

The New Peckham Mosque administration has stated that: “Sheikh Nazim Qubrusi – New Peckham Mosque Iftar programs continue every evening during Ramadan. Our mosque is open for seven days and five days during community prayers. We also have lectures for young people on Tuesday evenings and lectures for women on Thursday evenings and lessons. We have kitchen services in our mosques and religious conferences are provided. Those who want to read Mevlid-i Şerif at home will be given the required assistance too. Children and young people can also watch religious and educational films in our mosque and we plan to be the center for the Turkish and other Muslim societies of South London.”