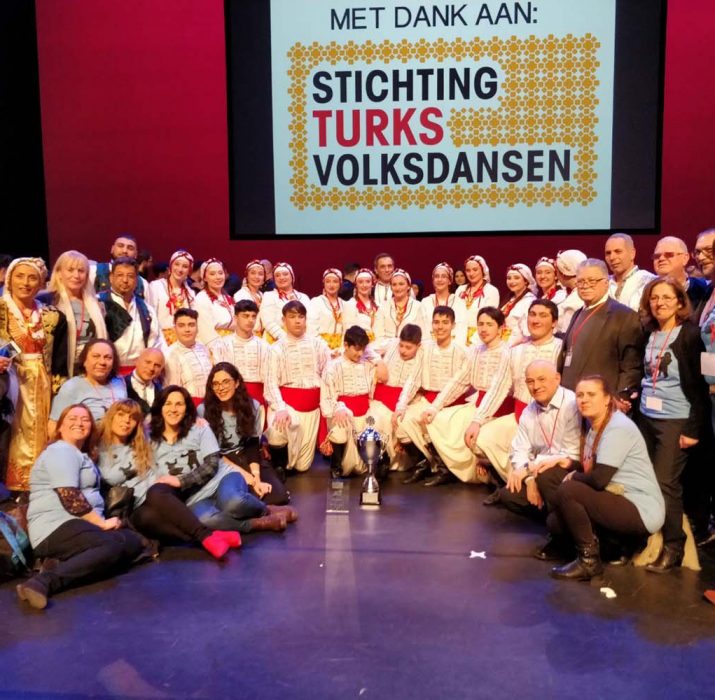 On February 25, 2018 at the Theatre Rotterdam Schouwburg hall, 11 teams competed to be the best in Europe. There was a very contentious and exciting struggle in the city of Rotterdam, where teams of folk dances from different European countries came together.

20 dancers and 7 musicians exhibit a great performance, at the end of the performance, Hornsey Atatürk School was given a standing ovation. The school who is also a member of Turkey Folk Dance Federation of experts in their branches in Turkey from various cities 5 and the city of Rotterdam for 2 people, by a total of 7 jurors 92.5 points were selected.

Ataturk Schools President Türker Çakıcı said, “We are all proud of today. As the board of directors of Atatürk Schools, I congratulate our team, teachers, musicians, parents and all those who labour to make this great dream come true. Last year we were champions in Germany with this team, and this year we are big. We now have proved that we are the best in Europe. I thank everyone who supports us, “he added,” Now our new goal is the world’s first. “