BRITISH Turkish Women Association organised a seminar about Göbekli Tepe, which is considered to be the oldest temple in the world. 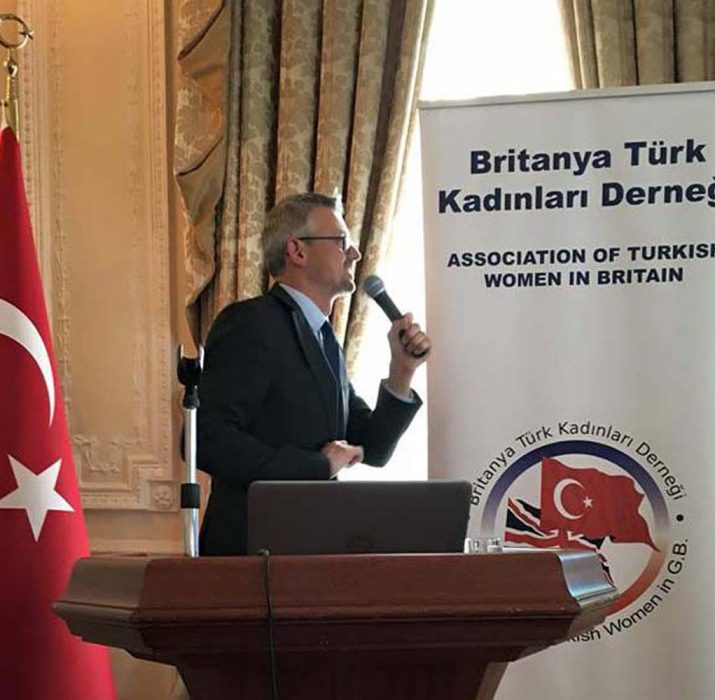 The Association of Turkish Women in Britain (BTKD) organised a seminar about Göbekli Tepe, which is considered to be the oldest temple in the world. The seminar was held at Esra Bilgiç’s house who is the honorary president of the Association and the wife of Turkey’s London Ambassador, which was attended by many people.

During the seminar, the discovery of the Göbekli Tepe underlined the fact that human history, the beginning of agriculture, the findings of the resurrection of the cruelty, the re-writing of history, and the beginning of civilization were also questioned.

Following the opening speeches of Esra Bilgiç and the president of the association, Maviş Fuchs, the director of the Göbekli Tepe excavation coordinator. Lee Clare spoke. In the seminar, Clare talked about the Göbekli Tepe with pictures and said:

“We think that the roundabout hill may not only be a meeting place but also a settlement place. We think that the drawings, the size of the buildings and the two big pillars in the middle are deeper meanings of the people… We are talking about a very early age for such things. It is better to see this structure as more than one function. When you look at the geography, it is seen that it is a much protected area. We should also see Göbekli Tepe as a local gathering centre for the communities living in the region, very special in terms of location…”

Experts thought that there might be burials on the Göbekli Tepe, bone remains would be found as the excavations deepened, but there were human remains broken up in excavations made up to now.

“The drawings in the stoned stone have a narrative that may have explained the transformation they have been living in society. The population growth, the idea of having land and the conflicts it has caused, the uneven property and property balance, may have brought about hierarchical conflict in society. For all these reasons, Göbekli Tepe is gaining a great importance in telling us about the day of the human being…”

The Göbeklitepe Archaeological Site, located 18 km north-east of Şanlıurfa city centre, near Örencik Village in Turkey and was discovered in 1963 during a survey conducted in partnership with Istanbul and Chicago Universities.