London’s mayor has been ordered to pay nearly £75m compensation for the destruction of an Enfield warehouse during the 2011 riots. 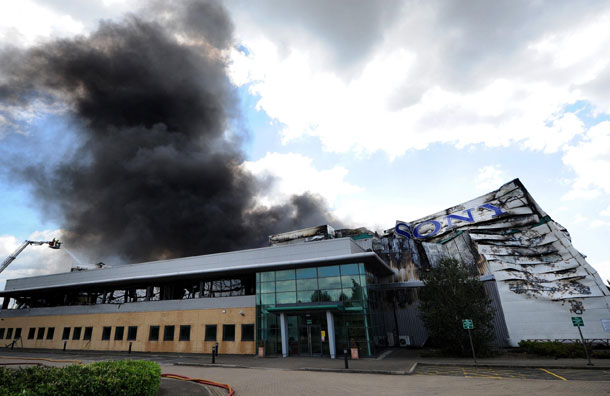 London’s mayor has been ordered to pay nearly £75m compensation for the destruction of an Enfield warehouse during the 2011 riots.

The Sony building in Enfield Lock burned down during the riots

Boris Johnson will have to use public funds to pay damages to Sony’s insurance firms, who said the fire had been “the largest arson in Europe”.

High Court judges had ruled last year that insurers, and the owners of uninsured property, were entitled to compensation.

Sony and the insurers had claimed more than £62.8m, but after the Mayor of London filed an appeal, judges went further and said his office was also liable for consequential losses such as loss of profit and rent. Those figures were put by the claimants at £11.4m.

The insurers had brought claims under the Riot (Damages) Act 1886, which says that compensation for damage caused by riots must be paid for by the police fund for the area. In London, this body is the Metropolitan Police.

David Wilkinson, a partner at the law firm Kennedys, who acted for Sony’s insurer, Royal and Sun Alliance, told The Guardian the ruling was a landmark decision.

He said: “Insurers and uninsured claimants will now be able to recover business interruption losses suffered as a result of the London riots. However, whether each and every claim will be ultimately paid remains to be seen.”

A spokeswoman said: “The Mayor’s Office for Policing and Crime notes today’s judgement and are considering potential next steps in the legal process.”