A robot was formatted at an event in Ankara on Feb. 6 for interrupting the Turkish communication minister during his speech. 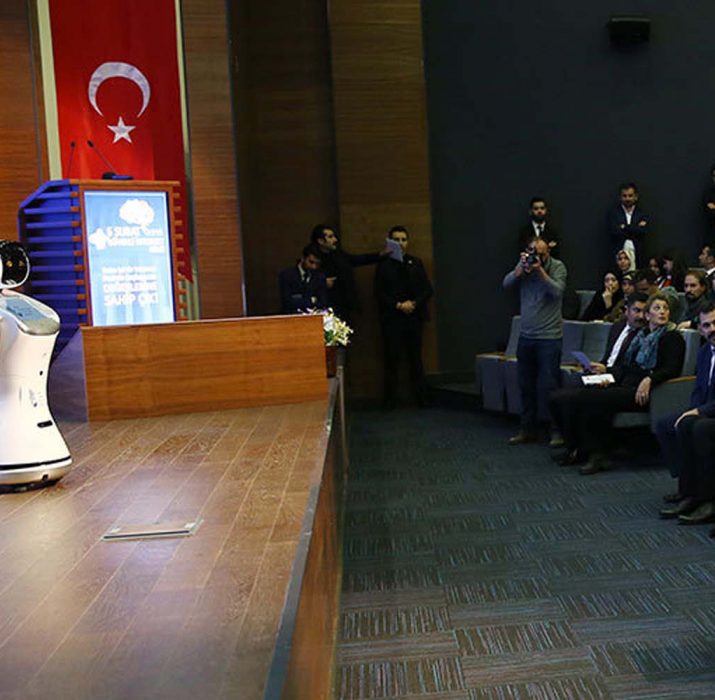 A robot was formatted at an event in Ankara on Feb. 6 for interrupting the Turkish communication minister during his speech.

Communications Minister Ahmet Arslan participated at an event for Safer Internet Day at a technology center in the Turkish capital.

The robot named “Sanbot,” which was also a presenter at the event, interrupted the minister’s speech multiple times, urging him to speak slowly.

“Speak slowly, I do not understand what you said. What are you talking about?” Sanbot said.

Following the warning, the minister gave instructions to “silence the robot.”

“Dear friends, it is clear someone should get the robot under control. Please, do what is necessary,” said Arslan.

The robot was then muted on the stage during the minister’s speech.

Following the speech, the robot was formatted, officials said. (HÜRRİYETDAILYNEWS)