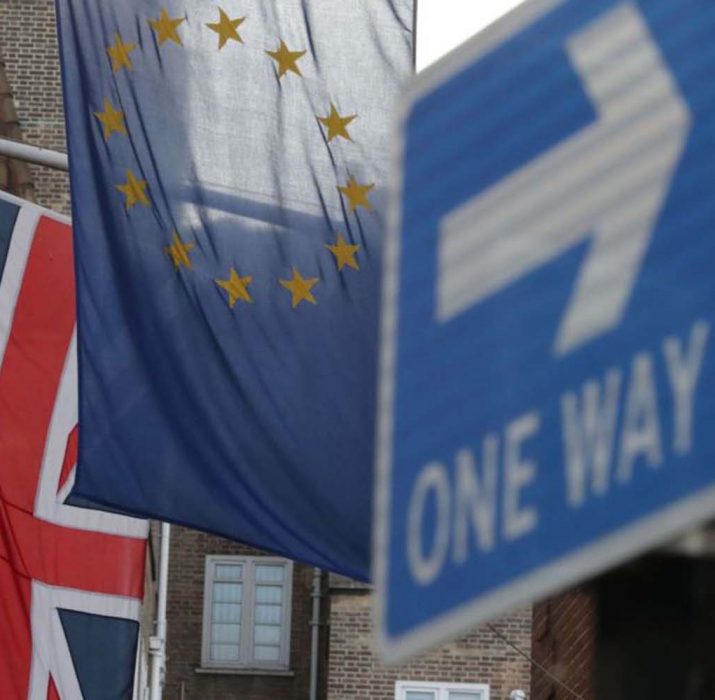 According to an incendiary threat contained in a leaked Brussels document, the EU wants the power to restrict the UK’s access to the single market during a transition period and impose big trade tariffs.

The five-page document is a draft treaty circulated in advance of EU chief Brexit negotiator Michel Barnier’s whistle-stop tour of all the 27 remaining EU countries.

But Mr Rees-Mogg, speaking on the eve of the first of two crucial meetings of the so-called ‘Brexit war cabinet’ of senior ministers, told Sky News: “It’s not something we could accept.”

And Brexit campaigners claimed that if the EU refused to back down on its latest threat, then Brexit Secretary David Davis should walk away from negotiations and insist on a “no-deal” Brexit.

Even pro-Remain MPs hit out at the proposal, with leading Labour MP Chuka Umunna claiming a transition period was beginning to look “less like building a bridge and more like being made to walk the plank”.

However, the Government dismissed the document as a “draft” and highlighted how Mr Davis had set out the UK’s own negotiating objectives for a transition period in a recent speech.

Mr Rees-Mogg, the darling of the Tory right and favourite with party activists to replace Mrs May, was speaking after a meeting of the secretive European Research Group (ERG) of hardline Brexiteer Conservative MPs.

He hit out after pro-Remain Tory MP Anna Soubry threatened to quit the Tories, claimed Mrs May was “in hock to these 35 hard Brexiteers” led by Mr Rees-Mogg, and called for them to be “slung out” of the Conservative Party.

Significantly, the meeting of the ERG – described as the Tories’ Momentum – was attended by 33 Tory MPs and peers, close to the number suggested by Ms Soubry.

According to the Reuters news agency, the “punishment” plan is contained in a footnote of the legal text prepared by the European Commission on the two-year transition period after Brexit.

It proposes restrictions on single market benefits as a remedy if the Commission determines it would take too long to take Britain to the EU’s court to settle a dispute.

“The Governance and Dispute Settlement Part of the Withdrawal Agreement should provide for a mechanism allowing the Union to suspend certain benefits deriving for the UK from participation in the internal market where it considers that referring the matter to Court of Justice of the EU would not bring in appropriate time the necessary remedies,” the footnote says.

The draft legal text, which has yet to be approved by EU governments, will be part of the withdrawal treaty that will regulate the terms of divorce between Britain and the EU and the rules for the transition period after Brexit.

The text reiterates that from March 30 2019 to December 31 2020, Britain would be fully bound by all EU laws but will no longer be part of the decision-making process of the EU.

From March 30 2019, the UK Parliament will no longer be considered a “national parliament” under EU law, nor will the Bank of England be part of the European system of central banks.

It also says UK officials may, on a case-by-case basis, be invited to attend meetings in the European Parliament, European Commission or the Council of EU ministers when a British presence is necessary and in the interest of the EU, such as in the case of agreeing fishing quotas.

Britain will be able to negotiate new trade deals with other countries, but cannot put them into effect during the transition period unless authorised by the EU.

A spokesman for the Department for Exiting the European Union said: “This is a draft document produced by the EU that simply reflects their stated directives.

“The Secretary of State set out the UK’s position in his speech in Teesside last month.

“Together these provide a solid foundation for the negotiations on the implementation period which have begun this week with the aim of reaching agreement by March European Council.”

Also condemning the leaked proposals, Jayne Adye of the Get Britain Out campaign said: “Even before the transition period negotiations have started, the EU is plotting to inflict sanctions on Britain if we do not passively accept all EU laws imposed on us.

“The draft treaty would allow Britain to merely ‘watch’ the development of law, ‘strictly at the EU’s invitation’. This is an insult to all those who voted to leave the EU and Great Britain as a whole.”

She added: “If the EU does not drop these threats, the UK must prepare to walk away from negotiations.”

Mr Umunna, a leading supporter of the pro-EU Open Britain campaign, said: “The EU’s leaked position paper underlines one thing: all the proposed transition does is push the cliff-edge out a little bit further.

“Transition increasingly looks less like building a bridge and more like being made to walk the plank. We should not leave the EU until we know where we are going.” (SKYNEWS)