A COMMEMORATION event was organised on Friday 19th January by the Armenian Institute, Article 19 and English Pen at Free World Centre for the 11th anniversary of the assassination of Istanbul Armenian journalist Hrant Dink. 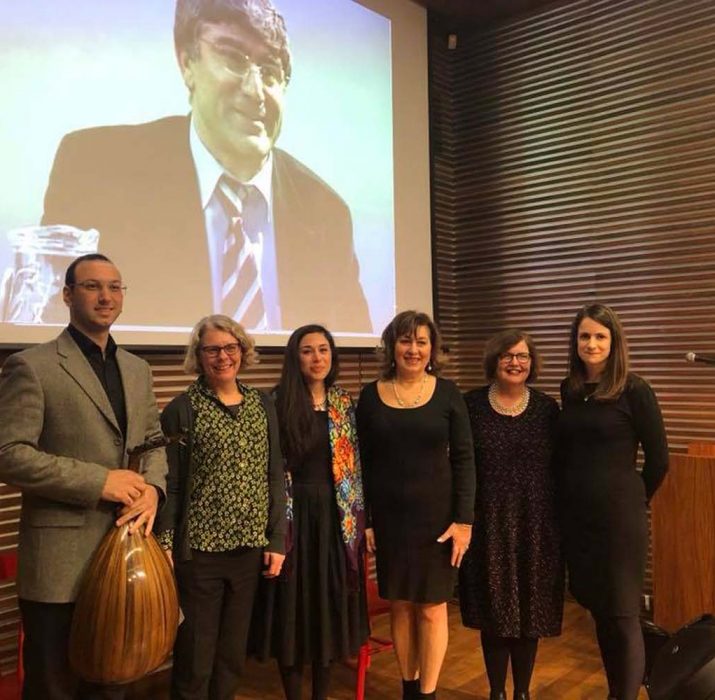 A COMMEMORATION event was organised on Friday 19th January by the Armenian Institute, Article 19 and English Pen at Free World Centre for the 11th anniversary of the assassination of Istanbul Armenian journalist Hrant Dink.

Hrant Dink, who was assassinated aged 52, eleven years ago on 19 January 2007 outside the Istanbul offices of Agos, the Turkish-Armenian weekly newspaper that he edited, was the most outstanding advocate of shared respect within Turkey’s majority population and its Armenian minority.

The commemoration started with the speeches of Katie Morries, Antonia Byatt, and Nouritza Matossian, which commemorated Dink’s life and work while recognizing the resonances between that work and local struggles for equality and social justice throughout the world.

The event then carried on with Maureen Freely giving her keynote speech, who is is a novelist, journalist, and translator. Well known as a translator of the Turkish Nobel Laureate Orhan Pamuk and Tuba Çandar’s book on Dink. Maureen Freely began her speech by describing Dink as “not only bright and rebellious but revolutionary” she continued to convey Dink’s life and the struggle he went through as a child when he first moved to Istanbul till the struggles he experienced as a Turkish- Armenian reconciliation and human right advocate over the years.

In her speech, she said “Hrant Dink had a vision of a Turkey in which peoples of all ethnic groups lived together in harmony. He dared to put this dream into words, and he dared to print them. When he was prosecuted for his words, and subjected to ugly and sustained intimidation inside and outside court, he refused to be intimidated. He continued to publish his newspaper, and he continued to speak his mind. He knew his life was in danger, but he would not leave Istanbul, and those of us who knew and loved him cannot imagine him anywhere else. This is a great loss for Turkey, and for all those who hoped for a democratic future in that country. We lost him but he is still here, not what he did but how he did it without losing his smile. His spirit is very much with us, together we will ensure his work continues”.

At the event finished off with a screening showing an interview of Dink and a performance from the Kurdish singer Suna Alan who performed in Armenian and Kurdish.