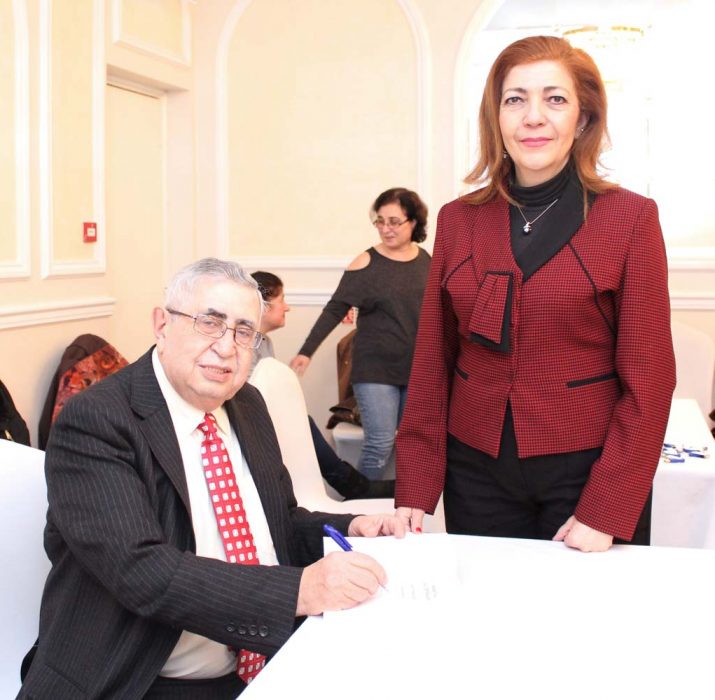 At the same time, the author signed the new book, the Representative of the Turkish Republic of Northern Cyprus Zehra Başaran, Ülkü Alemdar from the KKTC London, Dr. Teoman Sirri, a group of art lovers and writers from around the country also joined the event.

The author, who has gathered together the popular sketches from his more than 200 programs on the radio over the past 15 years, said that the radio program titled “Mamıt ve suç ortakları” had a massive audience, especially in the Turkish community in London and Cyprus.

The book states that people of all ages can love and read, but the older generation will love it even more. “In recent years, understanding of entertainment has changed a bit. But the old ones know, we would listen to the radio and be happy. I gathered the most popular of the radio sketches that we had prepared with the intense labour at that time in this USB memory. On this track, those who followed our programs in the past will be able to experience nostalgia. ”

Showing interest to everyone who attended his book signing day, Balıkçıoğlu presented his thanks to the family and all his friends who did not leave him alone whilst writing his book.