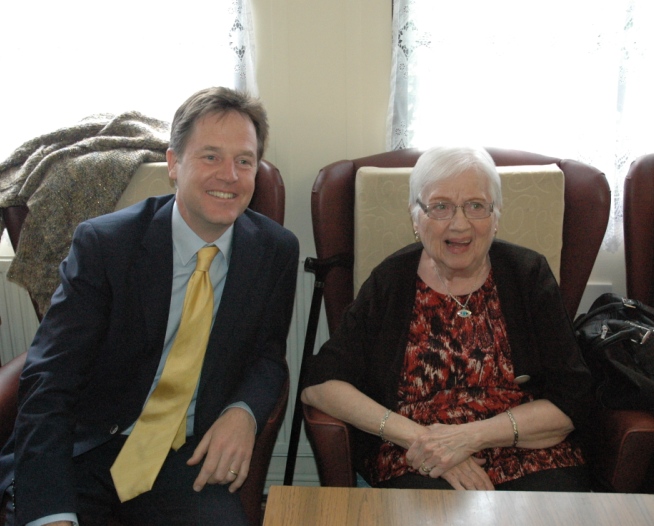 Accompanied by local MP Lynne Featherstone and London MEP Sarah Ludford, Mr Clegg spent half an hour meeting some of the more elderly residents at the centre.

Speaking to reporters, he said he was confident of his party’s chances ahead of elections on 22 May.

“Where we’re in control we say, you know what, we’re going to look after you. We’re not going to spend your money on gimmicks or vanity projects as Labour and Conservative councils have.”

In comments carried by the Haringey Independent, he added: “In Haringey we’re committed to building new homes, bringing in the landlord licence schemes and freezing council tax. We believe in putting in the hard graft to get money into the things people care about.

“The Cypriot centre is a good example of a brilliant community centre, and it’s been around for about thirty years. It raises 80 per cent of its own finances. The council is now paring back the support and grants it gives to the centre, which is wrong.”