A RESPONSE to the marking of Alevi citizens’ front doors in Malatya came from the British Alevi Federation and the British Kürecikliler Solidarity and Culture Association. 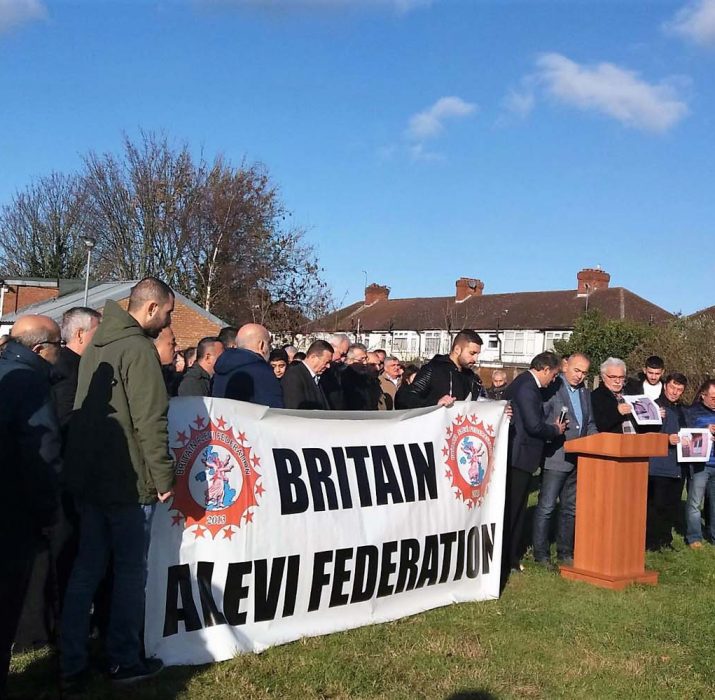 A RESPONSE to the marking of Alevi citizens’ front doors in Malatya came from the British Alevi Federation and the British Kürecikliler Solidarity and Culture Association. The two institutions made a joint statement on Sunday (August 26th) in which dozens of people joined the British Alevi Federation headquarters in North London. Stating their condemnation of the marking of Alevi citizens’ homes doors in Malatya. In the joint statement made by the two institutions, the following were highlighted:

“On November 21, the houses of 13 Alevi families in Malta were marked by dark forces. As before, during the so-called coup attempt of 15 July, as if the Alevis had attempted this so-called coup attempt, attacks on our Alevi’s were still carried out in Paşaköşkü. The purpose here is certain; in particular the Alevis and in general the intimidation of the opposition. We know from Maraş, Çorum, Dersim, Sivas what these signs are and what these dark forces are aiming for.”

“On the other hand, the next day after this incident in Malatya this time, a stone attack on the assembly on our Armenian people took place. We know very well what those who put these crossed signs serve the purpose of those who have carried out the stone attacks. We are in solidarity with our Armenian lives as Alevis. We strongly condemn these attacks!

The AKP’s Middle East policies are ruined by thousands of family homes in Syria, Iraq, Rojava, Sur, Cizre and Lazkiye, hundreds of thousands of lives have been slaughtered, millions of people have been slaughtered and thousands have lost their lives on migration routes. The AKP and its crime partners Qatar and Saudi Arabia, as well as the superpowers that sell guns, have tackled war politics. AKP thefts, are clearly known by many institutions and people in our country, especially in the case in America. This mentality, which aims to stay in power with a 51% electoral system, wants to open new wounds among the peoples. The AKP believes that the AKP will clamp its supporters on the agenda by targeting all the opposing parties to the Alevis and themselves.

The fact that these attacks were carried out just before the anniversary of the Maraş Massacre is a content of meaning and message. We have seen this film before, and there is not even a single life to give to reactionary and racist understandings anymore. With all our power, we will continue to face these attacks and be with the targeted families.

We are in solidarity with all the oppressed peoples living in Turkey and especially in Malta and elsewhere in the world. We will continue our struggle against fascism, racism, reactionism and jihadism.”