THE YOUNG Scholars Seminars Series continued with ‘The East as a career, exploring the orientalist Circle in the British Archives” seminar taking place at the Yunus Emre Institute in London on Thursday 16th of November 2017. 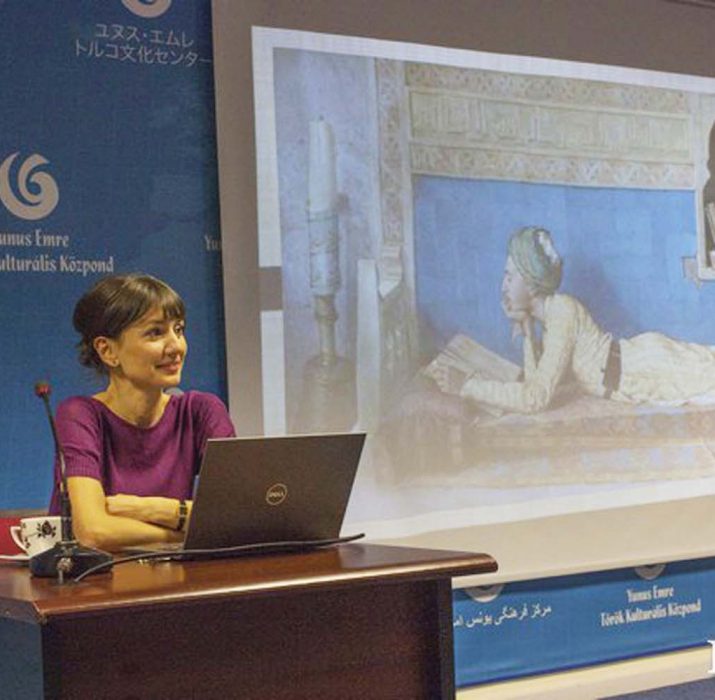 THE YOUNG Scholars Seminars Series continued with ‘The East as a career, exploring the orientalist Circle in the British Archives” seminar taking place at the Yunus Emre Institute in London on Thursday 16th of November 2017.

Presenting the seminar was Professor Dr Nagihan Gür an assistant at the department of Turkish Language and Literature of the Social Sciences University of Ankara in Turkey.

Dr Gür introduced Elias John Wilkinson Gibb, a Scottish orientalist that lived in the 18th century. She went on to explain Gibb’s writing processes of the Ottoman literary narrative on Ottoman poverty and a history of Ottoman poetry.

Second piece of her discussion, Dr Gür represented Gibb’s close associations with different orientalist, exampling; word specialist Sir James William Redhouse, Iranolojist Edward Granville Browne and Ottomanist Charles Wells. The last piece of the discussion was committed Gür’s own encounters and the positives and negatives of research at archives. She explained the difficulty of locating some of the Turkish manuscripts because of the inconsistency in recording.

Dr Gür underlined the significance of inventorying ventures and specified about the coordinated effort with both Cambridge University and Yunus Emre Institute London on listing the University’s Turkic gathering. The night came to an end with a Q &A session.