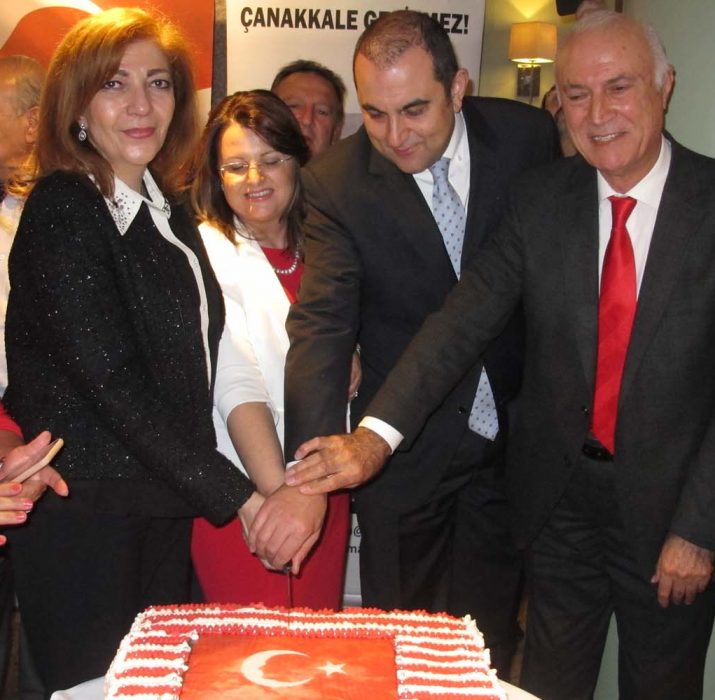 ÇANAKKALE Commemoration Platform (ÇAP) celebrated the 94th anniversary of Turkish Republic. Turkish Consul General Çınar Ergin, KKTC Representative Zehra Başaran, Member Associations with ÇAP President Servet Hassan Mavis Fuchs, Turkish Forum UK President Birol Yiğitcan, Head of Teachers Association Mansur Işıkbol, President of Western Trakya Turks Association Rıdvan Hacıbedel, Türk Senior Vice President Süleyman Bozkuş, Young Turkler Club Deputy Chairman Özdem Bedes and many guests attended. The ceremony was attended by ÇAP President Servet Hassan’s salutation talk and then his successors, especially Gazi Mustafa Kemal Atatürk, who has been the foundation of our Republic, and soldiers and people who had sacrifice their lives for the sake of leaving a free and independent homeland for our people- a minute of silence and an invitation to read the statement of the Independence shortly began to remember those who have lost their lives for their country.  At night, he continued with the musician Hakan Bilal and Atatürk’s favorite songs sung by Vatan Cultural Turkish Music Chorus Founder and President Türkan Nalbantoğlu.

ÇAP will organize a memorial ceremony and a conference on Sunday, November 12th, in the framework of Atatürk Week. Atatürk’s memorial ceremony after retired Brigadier General Dr Haldun Solmaztürk will make a speech titled “Books of Nutuk and Atatürk” on the 90th anniversary. Participation in the publicly organized conference is free, but registration is required. Those who want to participate in the Atatürk Memorial Ceremony and Conference which will take place at Troy Hotel on Sunday, November 12, at 16.30, you can send an email to  CanakkalePlatformu@yahoo.co.uk or ring them on  07788 908 803.