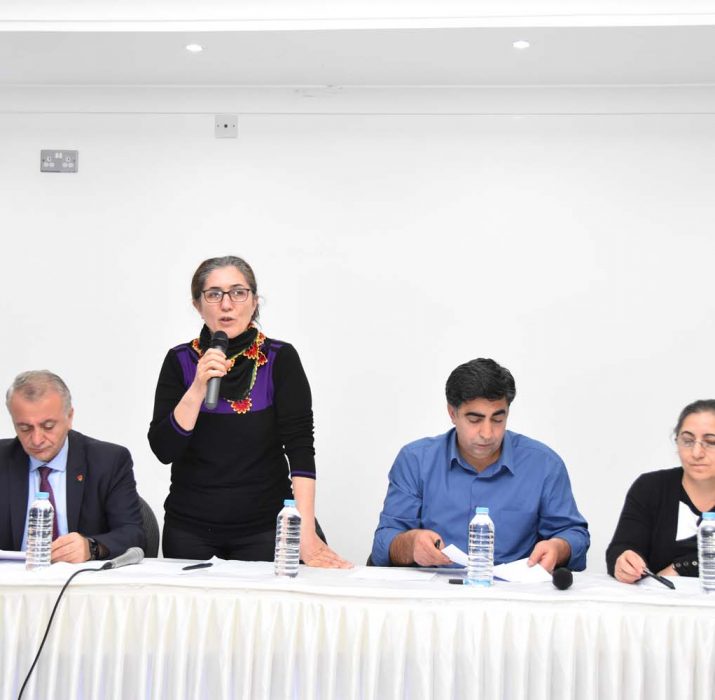 KIRKISRAKLILAR Solidarity Centre determined the new administration by holding the 7th ordinary congress. Kırkısraklılar Solidarity Centre, established in 2007, held the 7th Ordinary Congress with the participation of its members and friends in Enfield on Sunday, October 15th. The opening began with members of the advisory committee and the congress holding a one-minute respite for people who lost their lives for freedom, equality and peace.

Opening speech was made in Kurdish and Turkish by former Chairman Ahmet Güven. “We do not have a concept like new administration or old administration. We came to collectives today. We have been a model institution by introducing our values ​​to the societies we live with and by developing friendship between societies. Our success is the product of all of us and our collective work. We will continue to work collectively. Therefore, we wish to celebrate our new management on this basis already. ” After Ahmet Güven greeted the participants, the council was elected and the council was transferred to the board of directors. Türkan Budaklı, Ali Gül Özbek, Ahmet Sezgin and Menekşe Erdoğan were elected as board members. After the presentation made by the Board of Divan, the activity report and budget report of the period of 2015-2017 were read and the questions of the members were answered and after the opinions and suggestions were discussed, the voting result of the members of the association was changed to 17 new members including 9 original, 2 spare, 3 discipline and 3 inspection board of directors elected.

The people selected for the Board of Directors were:

Hüseyin Kaya elected the new administration, members are greeted by the congratulations and wishes success in their work. After thanking members, the board of directors and the board of divan, Hüseyin Kaya said, “We will work the same way and make a successful turn from now on if we have worked and succeeded to this day.”