“Brits will continue to invest in Turkey”

FATIH Metin, The Deputy Minister of Economy, said that British investors are increasingly interesting in Turkey as he added 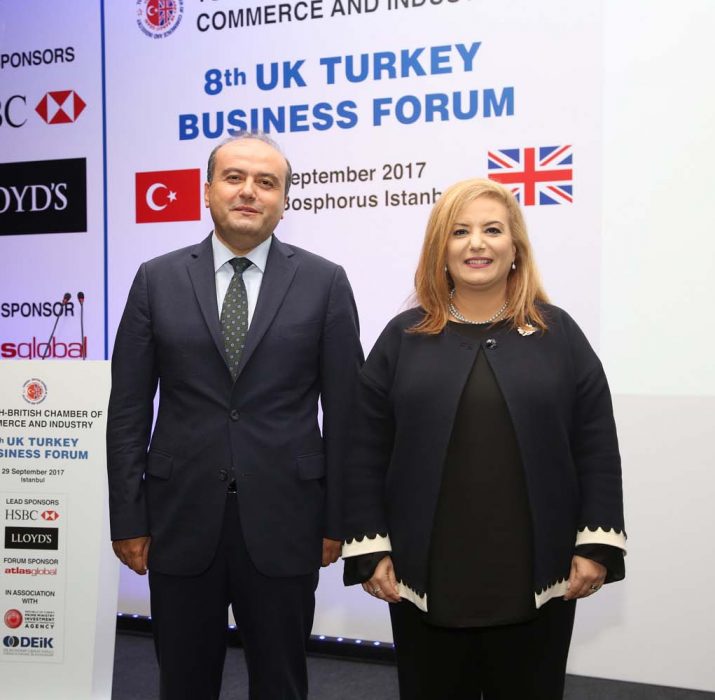 FATIH Metin, The Deputy Minister of Economy, said that British investors are increasingly interesting in Turkey as he added: “At the moment, there are requests, initiatives and workshops in every area for the direct investments. Everyone will see that the major UK companies will invest in our country in the coming period.”

The UK-Turkey Business Forum was held by the Turkish-British Chamber of Commerce and Industry (TBCCI) in collaboration with the Investment Support and Promotion Agency of Turkey (ISPAT) and the Foreign Economic Relations Board of Turkey (DEİK) at the Hilton Bosphorus Hotel. The Forum discussed the issues of economic relations with Turkey, defence, aviation, food, agriculture, and technology after Brexit.

Speaking at the forum, Metin explained that they have signed strong co-operation with the UK for many years and said that they have brought together the two countries’ sector representatives, investors and businessmen in the 8th business forum.

Metin stated that the United Kingdom is currently the second largest exporting country in Turkey and said, “Our economic relations, like every other area, have progressed quickly and firmly. Today there is a wide range of mutual investments. There is also a serious increase in foreign trade volume.”

Fatih Metin reported that their aim is to put into practice the Free Trade Agreement (FTAs) without being affected too much by the situation after Brexit.

Metin, emphasising that the commercial relationship between the United Kingdom and Turkey after Brexit will be even stronger, said, “After Brexit we are the first to be in contact with the UK. For this reason, we care about such meetings. We think that in the upcoming period, the country that has the best economic communication with Britain will be Turkey after Brexit. Metin, The Deputy Minister of Economy, stated that the United Kingdom has a direct investment amount of $10 billion in Turkey and that these investments have spread across many sectors.

Metin noted that this situation shows mutual trust between the two countries and pointed out that this investment will increase in the next period.

Metin said that they wishes to have investments in Turkey not only from the UK but also from various countries of the world and said, “We aim to make Turkey a production centre in every area.” WE TRUST THE TURKISH ECONOMY

Emma Edhem, the Minister of TBCCI also stated that despite all the difficulties in the region, they believe that Turkish economy will make progress and added, “There are very valid reasons for this belief. Turkey was the most active direct investment country of 2016 according to the 2017 World Investment Report.

Edhem mentioned the international agreement signed by Turkey for the promotion of investments.

Edhem pointed out that the Turkish economy grew more than 5 percent In the first half of the year and continued, “This speed and the positive environment also reflected on the economic relations between England and Turkey. Britain was the country with the largest direct investment in Turkey last year with an investment of $ 1 billion.

Abdurrahman Bilgiç, the Turkish Ambassador in London, stated that the realisation of such a meeting was extremely appropriate in this period when both countries have undergone an important transformation process.

Bilgic said that there are 3 thousand British companies already operating in Turkey and that the UK is the 4th country that invested the most in Turkey in the last 15 years. He asserted, “Today I assure you that Turkey and England are taking all the necessary steps to ensure that the economic relations do not suffer after Brexit.”

Necmettin Kaymaz, the Board Member of TBCCI and TYDTA Chief Project Director, stated that the trade and investment relations between the countries have gained a strategic dimension and said, “I believe that these relations will become even stronger in the post-Brexit period.”

DEIK/Turkish British Business Council Chairman Remzi Gür noted that the cooperation between the two countries will increase with coordinated efforts.