British Kurdish filmmaker gets killed by ISIS in Syria

A British Kurdish filmmaker has been killed by ISIS after travelling to Syria to document Kurdish troops’ battles with the jihadis, it has been reported. 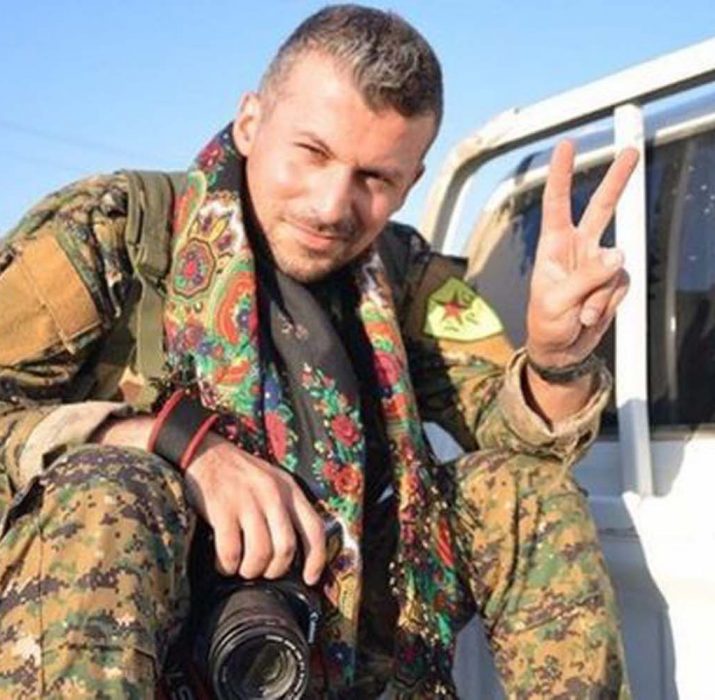 A British Kurdish filmmaker has been killed by ISIS after travelling to Syria to document Kurdish troops’ battles with the jihadis, it has been reported.

Mehmet Aksoy, 32, was from London and travelled to the region to begin filming in June, according to the BBC. Close pal Aladdin Sinayic said: “Mehmet never fought, the plan was never to fight.

“He told me there are better ways. He wanted to tell the stories of the fighters there, he had so much respect for them, and Mehmet was loved by everybody.”

Mehmet had spent the past two months operating from within Kurdish units and filming the battle for Raqqa.

But yesterday he and a fellow Kurdish journalist were shot dead after ISIS militants stormed a compound they were staying in outside the city.

The sick jihadis gunned down five YPG soldiers standing guard at the checkpoint before entering the building and killing Mehmet and his colleague, The Telegraph reported.

Aladdin added: “I knew whatever I said would never stop him going. He wanted to tell the stories of the Syrian people and the fighters.

“He wanted to make their struggle there visible to the world.”

Friends and family of Mehmet’s gathered on Tuesday at the Kurdish Community Centre to honour him with a late night vigil.