Three men, including two British soldiers, have been charged under terror laws with being members of a banned neo-Nazi group. 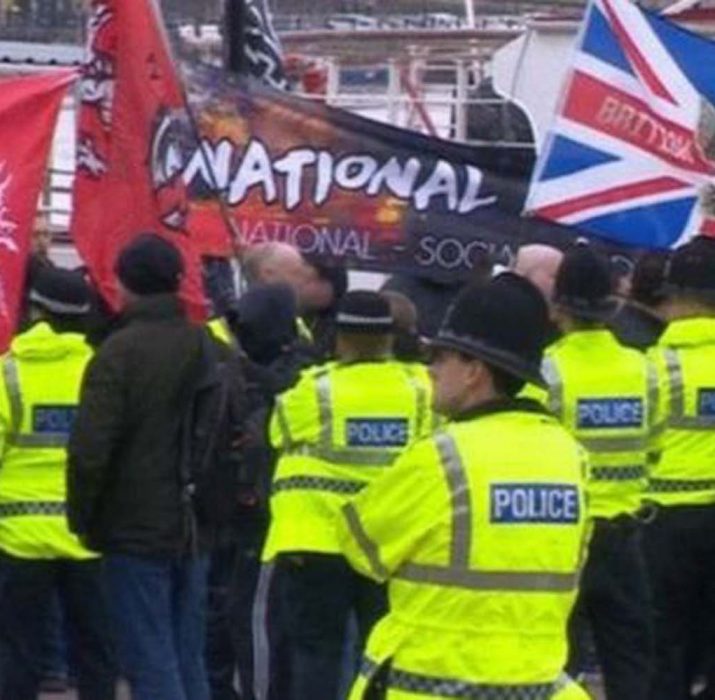 Three men, including two British soldiers, have been charged under terror laws with being members of a banned neo-Nazi group.

Alexander Deakin, 22, Mikko Vehvilainen, 32, and Mark Barrett, 24, have been charged with being members of National Action.

It was the first far-right group to be banned by the Home Office in 2016.

They are among five men arrested on 5 September. Two others have since been released without charge.

Mr Deakin from Birmingham, Mr Vehvilainen, based at Sennybridge Camp in Brecon, and Mr Barrett, based at Dhekelia Garrison in Cyprus, will appear at Westminster Magistrates’ Court on Tuesday.

West Midlands Police has said the arrests were “pre-planned and intelligence-led” with no threat to public safety.

Mr Deakin has been charged with two counts under Section 58 of the Terrorism Act 2000 – alleged possession of documents likely to be useful to a person preparing to commit an act of terrorism.

The 22-year-old is also charged with one count of distributing a terrorist publication. Separately he faces one count of inciting racial hatred – allegedly posting a number of National Action stickers at the Aston University campus in Birmingham in July 2016.

Mr Vehvilainen has also been charged under the Terrorism Act 2000 for the possession of a document likely to be useful to a person preparing to commit an act of terrorism.

He has also been charged with possession of a weapon – pepper spray. (BBCNEWS)