The UK is about to start testing self-driving truck platoons

Eager to keep up with the self-driving hype, the UK government has announced a platooning trial with tests set for public roads in 2018. 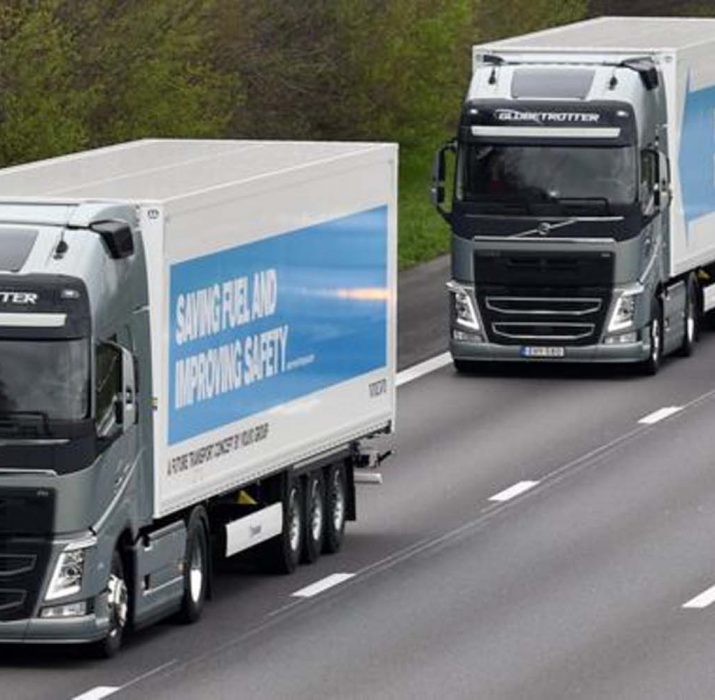 Eager to keep up with the self-driving hype, the UK government has announced a platooning trial with tests set for public roads in 2018. “We’re going to build a system that’s robust enough to work in the real world,” says Richard Cuerden, academy director at the UK’s Transport Research Laboratory (TRL). “When we get to the end of our project, we’ll have run a trial with a real operator, real goods and on real UK roads.”

Cuerden says running lorries in platoons involves all of the vehicles being connected through Wi-Fi. An access point in each vehicle’s cab lets them communicate with a “local network between those trucks” being created. The vehicles following the lead lorry all copy the actions of the driver: when the brakes are applied, the entire fleet slows down at the same time. Essentially, when the trucks are in platooning mode all but the lead vehicles are self-driving.

“They’re always able to talk with one another,” Cuerden says. “Because the robot driving trucks two and three can react so much quicker than you and I can we can get them so much closer together”.

The UK tests will take place in three different stages, with the vehicles being built by engineering firm Ricardo. These include testing three lorries on a test track in platooning mode, simulating the vehicles moving together and also the tests on real roads. The area of the UK where the platoons will operate hasn’t been decided yet, although TRL says trials will take place on a motorway or other major road.

The UK government has talked about the trials for some time, but the project has been snagged by delays. In November 2016, the Financial Times reported that major manufacturers had “snubbed” the project, with both Scania and Daimler refusing to participate in the trials.