A teenager has been charged with attacking two police officers during clashes in east London. 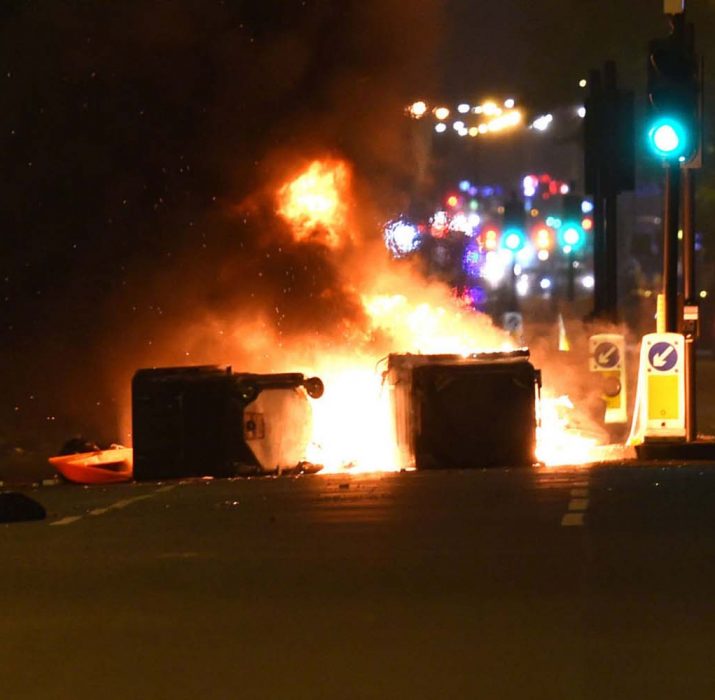 A teenager has been charged with attacking two police officers during clashes in east London.

There were violent scenes in Dalston on Friday following a protest over the death of a black man.

Rashan Charles, 20, died on Saturday 22 July after a police chase.

A group of angry demonstrators blocked part of Kingsland Road with wheelie bins, mattresses and debris on Friday.

Bottles and fireworks were later thrown at officers.

A 17-year-old boy from Islington has been charged with two counts of attempted grievous bodily harm against two officers and affray.

He is due to appear in custody at Stratford Youth Court on Monday.

At a vigil on Saturday, Mr Charles’ family made a fresh plea for “peace on the streets”.

Some in the crowd could be heard chanting “no justice, no peace” as they called for the officer who arrested Mr Charles to be suspended.

Family spokesman Stafford Scott said: “No justice, no peace doesn’t mean violence – it means we will not watch this in silence.”

Also at the vigil, a campaigner claimed young people unable to get justice for deaths in custody will begin to retaliate as they see police as acting like a “gang”.

The Independent Police Complaints Commission (IPCC) watchdog is investigating the events leading to the death of Mr Charles.

Unverified footage on social media appeared to show at least one officer attempting to restrain him on the floor of a shop in Kingsland Road at 1.45am, close to where the protest was held.