Turkey’s unemployment rate declined to 10.5 percent in the April period, which covered data from March to May, falling further from a seven-year high at the start of the year but up from 9.5 percent a year earlier, official data showed on July 17. 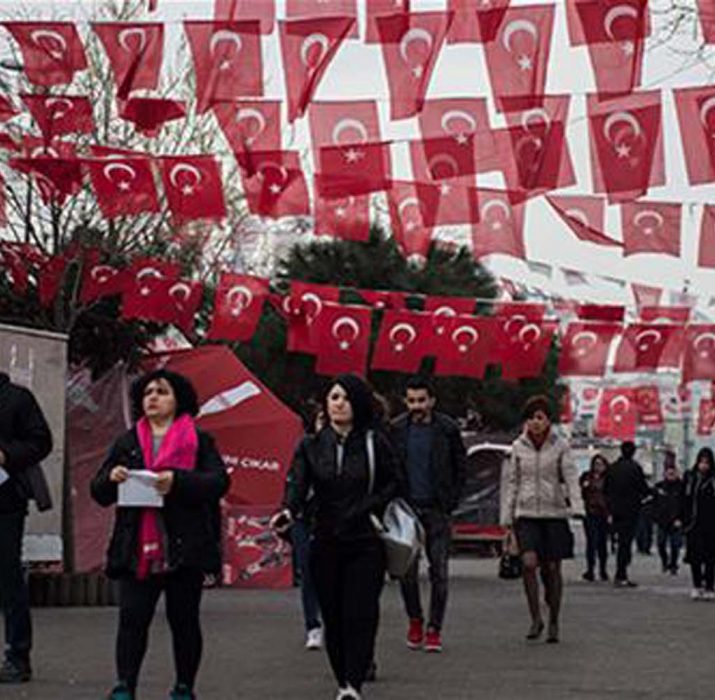 Turkey’s unemployment rate declined to 10.5 percent in the April period, which covered data from March to May, falling further from a seven-year high at the start of the year but up from 9.5 percent a year earlier, official data showed on July 17.

The jobless rate stood at 11.7 percent in the February-April period.

The non-agricultural unemployment rate stood at 12.4 percent on average during the April period, up from 11.1 percent a year earlier, data from the Turkish Statistics Institute (TÜİK) showed.

Youth unemployment rate rose to 19.8 percent from 16 percent in the previous year.

The seasonally-adjusted unemployment rate was 11.3 percent with a 0.2 percentage point decrease, according to TÜİK.

The number of jobless aged 15 and above in the country jumped to 3.3 million, a 463,000 rise from April last year, TÜİK data showed.

April’s employment rate was unchanged from the same period last year at 47.2 percent.

Data showed that the number of women in the workforce rose 0.8 percentage points from the previous year to 33.4 percent.

Commenting on the release, Enver Erkan, an analyst at KapitalFX, said April’s unemployment rate fell below the market and analyst forecasts of 11 percent and 10.7 percent, respectively.

“We have seen two main contributors to labor market conditions in Turkey,” he noted, as quoted by state-run Anadolu Agency.

Turkey’s economy grew 5 percent in the first quarter of 2017, according to official data.

Erkan added that they expect the strong growth momentum to continue and have a positive effect on the labor market.

“Secondly, [we see] the results of policies to stimulate labor market. As a result of labor campaigns, new hiring rose and had a marginal effect on the unemployment rate. But the main contributor should be seen as the stronger GDP growth outlook for the second quarter,” he explained.

Erkan said a single-digit unemployment rate could be seen in the next two months.

“For the rest of the year we expect unemployment to fall gradually, but we are far from a significant improvement in employment conditions unless we see additional measures,” he said. (HÜRRİYETDAILYNEWS)