At least twelve people have died after a huge fire raged through the night at a west London 24-storey tower block, and police expect that number to rise. 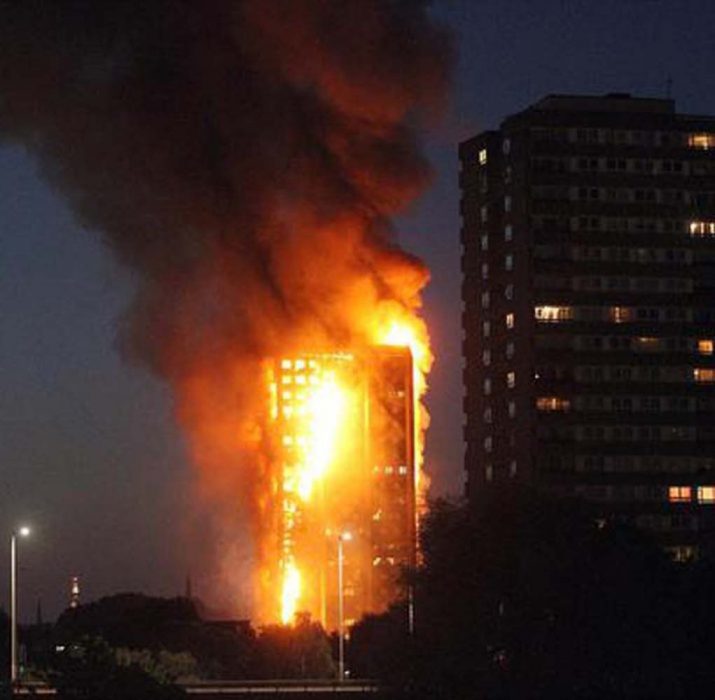 At least twelve people have died after a huge fire raged through the night at a west London 24-storey tower block, and police expect that number to rise.

Eyewitnesses described people trapped in the burning Grenfell Tower, in north Kensington, screaming for help and yelling for their children to be saved.

Firefighters, who rescued many people, were called at 00:54 BST and are still trying to put out the fire.

Police say there may still be people in the building who are unaccounted for.

During the night, eyewitnesses said they saw lights – thought to be mobile phones or torches – flashing at the top of the block of flats, and trapped residents coming to their windows – some holding children.

It is understood that “several hundred” people would have been in the block when the fire broke out shortly after midnight, most of them sleeping.

Commander Stuart Cundy, of the Metropolitan Police, said the recovery operation would be “complex and lengthy”, and the number of fatalities was expected to rise.

He declined to give any details of the number of people who may be missing.

He said it was likely to be some time before police could identify the victims, adding that it was too early to speculate on the cause of the fire.

More than 70 people have received treatment in hospital. At least 20 are known to be in a critical condition.

At 13:00 BST, Fire Commissioner Dany Cotton said firefighters expected to be on the scene for at least another 24 hours and she would not speculate about the cause of the blaze.

She said there were concerns that people were still inside the tower and she urged all residents to make sure they had reported themselves to police so that the authorities know they are safe.

Prime Minister Theresa May is “deeply saddened by the tragic loss of life”, said Downing Street.

Meanwhile, Labour leader Jeremy Corbyn is to demand a government statement in Parliament on Thursday on the tragedy, the BBC understands.

Later, police and fire minister Nick Hurd will chair a cross-party meeting to look at how the government can assist the emergency services and local authorities.

Muslims awake for Ramadan might have helped save lives after noticing the horrific blaze at Grenfell Tower.

Residents have told of how they didn’t hear alarms as the fire swept through the 24-storey tower block in West London. But they were instead alerted to the blaze by fellow residents, some of whom may have been Muslim people who were awake early in the morning because of Ramadan and were among the first to notice the fire.

The fire broke out not long after midnight and when many people living inside the tower block were asleep.