THREE men have been convicted for perverting the course of justice after a murder trial witness was intimidated on social media. 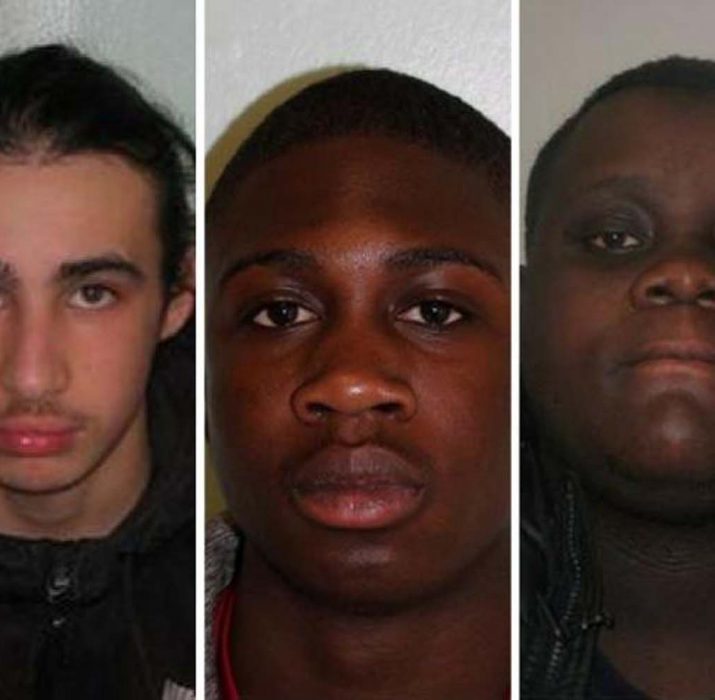 THREE men have been convicted for perverting the course of justice after a murder trial witness was intimidated on social media.

An investigation was launched after an “intimidating” witness statement was posted on Twitter during the murder trial of Khiry Ford.

Khiry was at a family party in Enfield on November 29, 2014, when he was stabbed in the chest while trying to stop a robbery.

The 23-year-old died in an ambulance on his way to hospital.

In December 2015, twin brothers Charles Tamale and Deo Tamale were found guilty of Khiry’s murder and sentenced to life for a minimum 22 years.

During this latest trial the court heard a phone was stolen at the party and a call was made to Charles and Deo’s elder brother Frank Tamale’s phone.

While on remand in January 2015, Charles contacted his elder brother Frank, 24, and Rowland Morrison, 19, of Stonycroft Close, Enfield, making references to threaten a ‘snitch’ who gave information to the police.

Police then found a witness statement, which was passed to the defence team, had been posted on an individual’s Twitter account twice.

Enquires were carried out and Akram Chemlal, 18, of Burleigh Way, Enfield, was arrested on suspicion of offences including witness intimidation.

While on remand Deo also made contact with Morrison and Frank asking them to target the witness on Twitter.

By August, 2015, both Frank and Morrison were arrested and charged with perverting the course of justice.

On Friday, March 10, Frank was jailed for two years while Chemlal and Morrison where both sentenced to be detained at a young offenders institution.

Chemlal was sentenced to nine months, with Morrison receiving 12 months.

DCI Mark Lawson said: “These individuals went to great lengths to intimidate and cause fear to the witness who had come forward to assist police with the murder inquiry.

“Not only was this witness targeted but these men set about unearthing the identities of anyone else that had provided any information to the police in the hope that they too would be silenced and those responsible for Khiry’s murder would not be prosecuted.”