Many police injured in Istanbul blasts 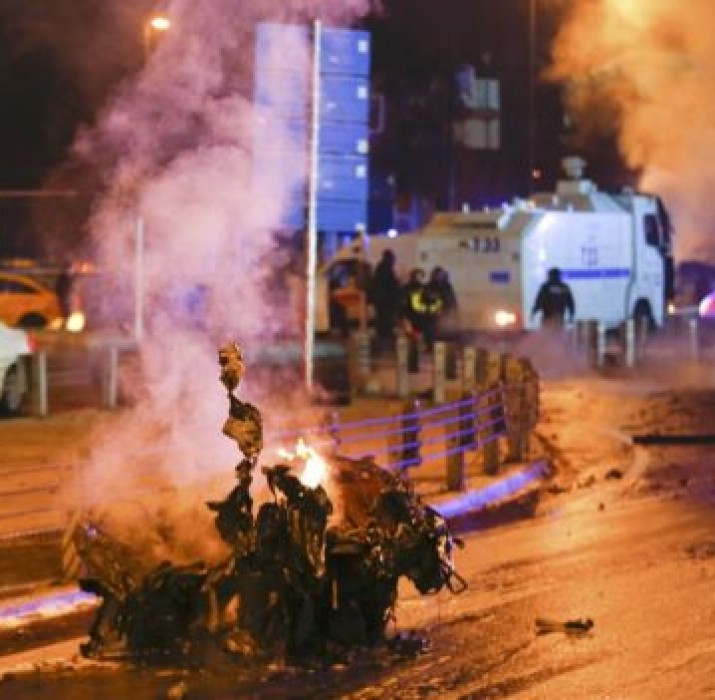 At least 20 police officers have been injured in explosions near a football stadium in Istanbul, Turkey’s interior minister says.

Witnesses heard gunfire after the attack, and ambulances and police vehicles rushed to the scene.

Turkey has seen a recent spate of militant attacks in major cities that have left dozens of people dead.

It is not yet clear who was behind Saturday’s attack but correspondents say suspicion is likely to fall on Kurdish guerrilla groups, who have targeted the security forces in the past.

Transport Minister Ahmet Arslan wrote on Twitter that it was a terror attack.

It happened two hours after a football match at the Vodafone Arena between Besiktas and Bursaspor, two of Turkey’s top teams, ended.

Local media reported that fans had already dispersed. Bursaspor posted on Twitter that none of its fan groups knew of any injured fans.

Mr Soylu said: “It is thought to be a car bomb at a point where our special forces police were located, right after the match at the exit where Bursaspor fans exited, after the fans had left.

“We have no information on the number of dead. God willing we hope there won’t be any.”

First case of sexually transmitted Zika virus in the UK