IADD on “Atatürk and Turkish Revolution” 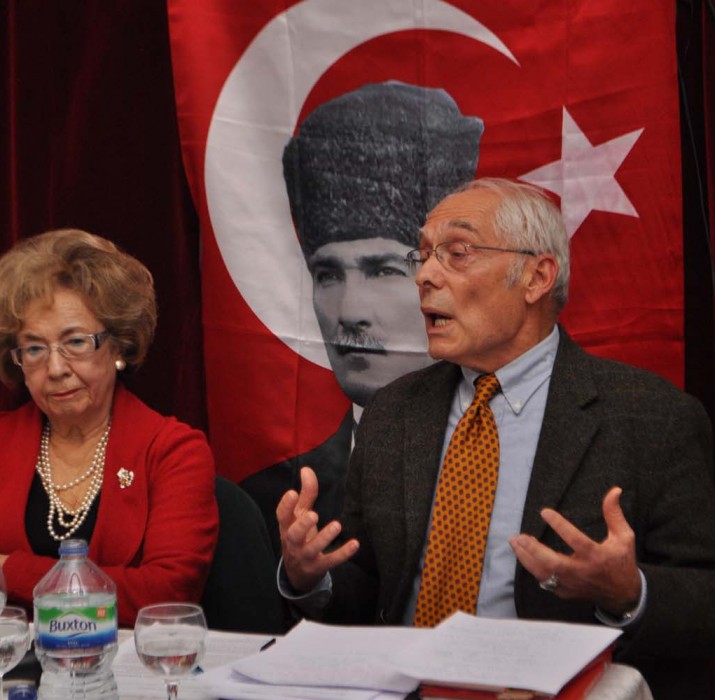 Attending to the event, were many distinguished names from the Turkish speaking communities in London. Opening the event, IADD’s board of directors member Kadriye Atabay gave a speech of greeting and welcoming the guests, followerd by IADD Science Council President Prodessor Berna Ötüş Baskett, who tackled Atatürk’s vision as the saviour of women in Turkey with modernity and secularism. Professor Baskett also referred to Atatürk as a historical idol, by being a perfect example fort he society as a leader.

IADD Science Council Member Dr Enis Üser, on the other hand, tackled Atatürk as a country hero but also as a hero who branched out off borders, as a World leader. He referred to the historical facts when UNESCO had acclaimed Atatürk as an unforgettable icon.

More on the Turkish Revolution:

The Turkish War of Independence (Turkish: Kurtuluş Savaşı “War of Liberation”, also known figuratively as İstiklâl Harbi “Independence War” or Millî Mücadele “National Campaign”; May 19, 1919 – July 24, 1923) was fought between the Turkish nationalists and the proxies of the Allies – namely Greece on the Western front, Armenia on the Eastern, France on the Southern and with them, the United Kingdom and Italy in Constantinople (now Istanbul) – after some parts of Turkey was occupied and partitioned following the Ottoman Empire’s defeat in World War I.[34][35][36] Few of the present British, French, and Italian troops were deployed or engaged in combat.

The Turkish National Movement (Kuva-yi Milliye) in Anatolia culminated in the formation of a new Grand National Assembly (GNA; Turkish: BMM) by Mustafa Kemal Atatürk and his colleagues. After the end of the Turkish-Armenian, Franco-Turkish, Greco-Turkish fronts (often referred to as the Eastern Front, the Southern Front, and the Western Front of the war, respectively), the Treaty of Sèvres was abandoned and the Treaties of Kars (October 1921) and Lausanne (July 1923) were signed. The Allies left Anatolia and Eastern Thrace, and the Grand National Assembly of Turkey decided on the establishment of a Republic in Turkey, which was declared on October 29, 1923.