AK Party continues to campaign for votes in the UK 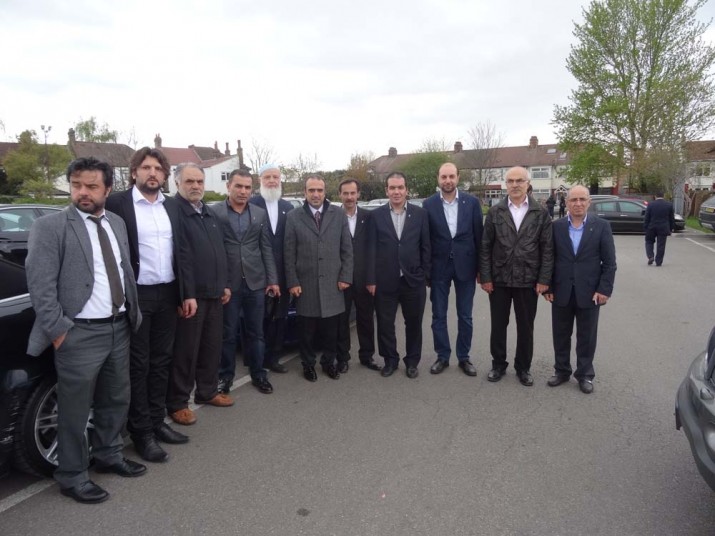 A large group accompanied Cuma İçten (centre, with tie and overcoat) on his travels around London

An MP from Turkey’s governing party was in London this week to meet Turkish expatriate votes ahead of this summer’s general election.

Cuma İçten, who represents the south-eastern town of Diyarbakır for the AK Party, appealed for as many Turkish passport holders in the UK as possible to cast their votes when the ballot boxes open on 30-31 May.

Mr İçten is being accompanied on his visit by members of the AK Party’s UK branch as well as Muttalip Ünlüer, leader of the Union of European Turkish Democrats (UETD). The visit began with a lunch on Saturday at the UETD headquarters.

During a subsequent tour of Turkish-owned shops in Edmonton, Mr İçten told shopkeepers he came “bringing the greetings of the Prime Minister” and presented each with a carrier bag containing merchandise produced by the AK Party Istanbul branch.

The AK Party MP also met members of the public at an event held at Devran Restaurant in Harringay and spoke at a meeting organised by the UK branch of the Turkish Religious Affairs Directorate.