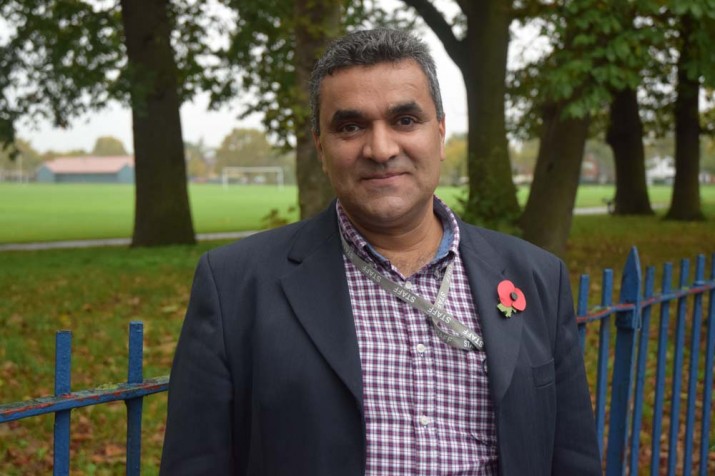 An Enfield councillor was suspended by the Labour Party after Londra revealed he had been convicted for fraud last year.

Lower Edmonton councillor Nesimi Erbil, who also works as a taxi driver, was sentenced at Southwark Crown Court in September 2014 – several months after he was elected to office.

But Erbil’s conviction was not widely known because a police newssheet announcing it contained a misspelling of his surname, meaning the document did not appear on search engines.

On Thursday morning a Labour spokesman told Londra Gazete that the party expected “the highest standard of conduct from our councillors” and had given Erbil an administrative suspension.

But this week a senior Enfield councillor said Erbil’s conviction showed “real dishonesty” and called on him to resign.

Erbil holds a suburban taxi licence, known as a yellow badge, which allows him to pick up customers in Enfield, Hackney, Haringey and Waltham Forest only.

But on 14 January last year he was caught picking a customer up from Blackfriars Bridge and the licence badge he was wearing had been altered to resemble a ‘green badge’, which would allow him to work in all parts of London.

He was found guilty on 26 September of possession and control of an article for use in fraud and of dishonestly making false representation to make gain for self or another.

He was sentenced to four weeks imprisonment suspended for a year, fined £580 and given 8 penalty points on his licence.

When contacted by Londra Gazete, Erbil admitted the fine and penalty points but did not appear to be aware he had been given a custodial sentence.

“A case was not opened against me at first. They began court proceedings against me after the election [in May, when Erbil became a councillor],” he said.

“There is nothing in my paperwork to say that I received a prison sentence. I also still have a black cab licence and I’m still working.

“I will be discussing the case with [council leader] Doug Taylor this evening.”

When asked whether he had told the Enfield Labour party about his conviction, Erbil said they had discussed the fine and penalty points but not the suspended prison sentence.

Cllr Terry Neville, who leads the opposition Conservative Party, said the conviction was “quite outrageous”.

“In my view he ought to resign and if he does not do so he should be immediately suspended from the Labour Party.

“The nature of those charges show dishonesty – real dishonesty – and morally he forfeits his right to represent his constituents.”

Guidelines from Transport for London, which regulates black cab licences in London, state a taxi driver “is expected to be a trustworthy person” and adds: “a serious view is taken of any conviction involving dishonesty”.

In a statement a Labour Party spokesman said:

“The Labour Party expect the highest standard of conduct from our councillors, and take action when they fall short.

“As soon as the information came to our attention, Nesimi Erbil was administratively suspended from the Labour Party, pending an investigation.”