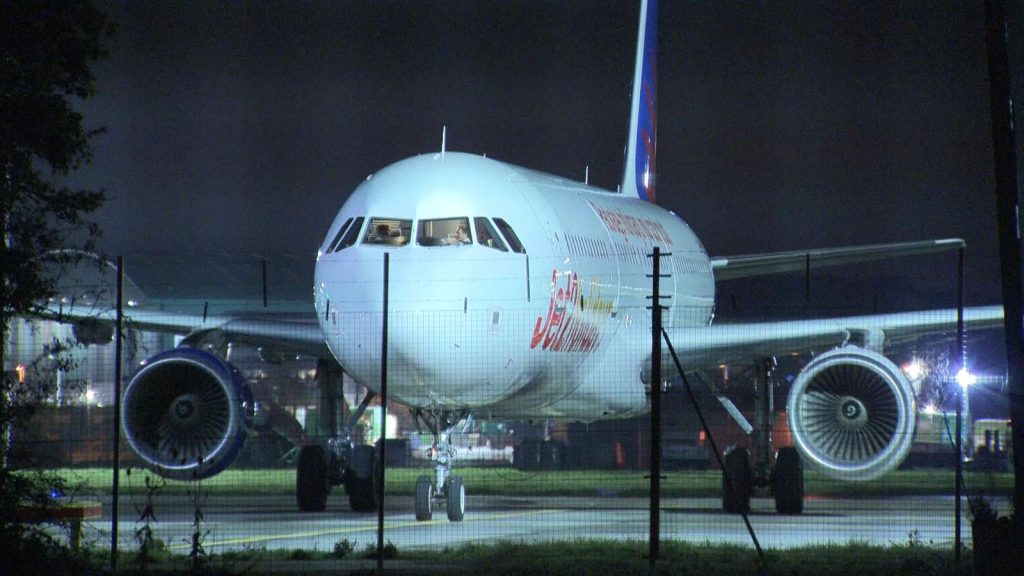 Last night RAF fighter jets scrambled to intercept a commercial airliner that was “causing concern” amid reports of a security alert.

Typhoon aircraft were launched to meet a Jet2 flight from Dalaman in Turkey that had been headed to Manchester.

The aircraft was safely escorted to Stansted Airport and was met by police upon landing, the Ministry of Defence said.

An RAF spokesperson said: “The RAF can confirm Quick Reaction Alert Typhoon aircraft were launched this evening from RAF Coningsby to intercept a civilian aircraft that was causing concern.”

Essex Police said: “We led a safety operation during which a Jet2.com flight from Dalaman to Manchester was diverted to London Stansted Airport this evening, Wednesday 12 October.

“Shortly before 9pm, we received a report of a potential threat on board the flight. It was escorted to Stansted Airport, where it landed safely and was parked away from the main passenger terminal.

“The runway was closed for a short time while enquiries were carried out.”

Police said they were then able to establish there was no threat on board.