ASUK celebrated the 103rd Anniversary of the Amasya Protocol 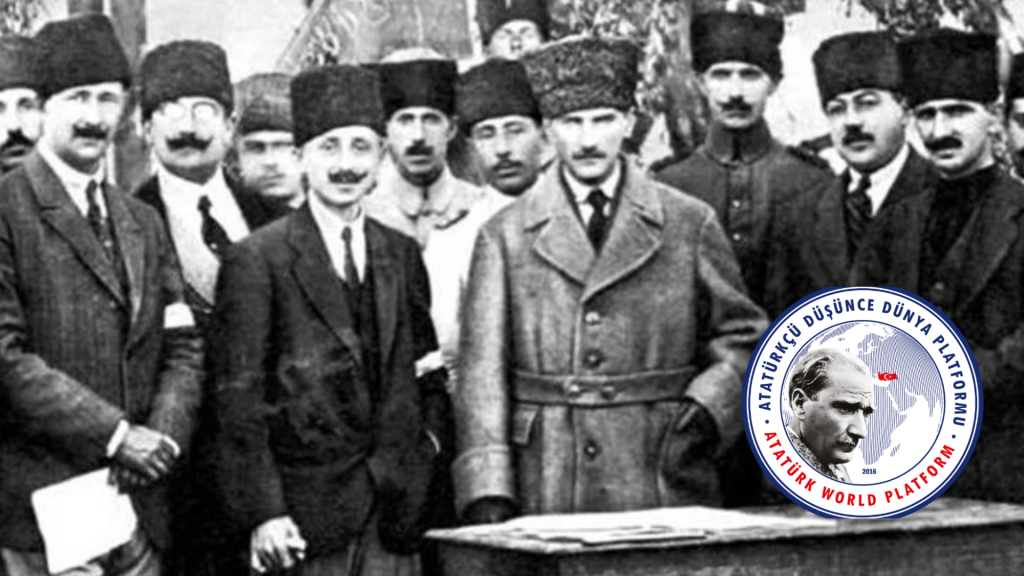 THE Ataturk Society UK (ASUK) celebrated the 103rd Anniversary of the announcement of the Amasya Protocol, where a memorandum of understanding was signed on 22 October 1919 in Amasya, Turkey between the Ottoman imperial government in Istanbul and the Turkish revolutionaries (the Turkish National Movement) aimed at seeking ways to preserve national independence and unity through joint efforts

In a statement, ASUK  said, “Happy 103rd anniversary of Gazi Mustafa Kemal Atatürk, who ignited the National Struggle with the support of the people of Amasya and laid the Foundations of the Republic. We are grateful and proud of the unique strength of the spirit of the National Struggle initiated in Amasya and the courage of the people. We once again commemorate Gazi Mustafa Kemal Atatürk, who made us feel this pride, and all the heroes of our War of Independence, with mercy, gratitude and respect.”

Mustafa Kemal Atatürk, Rauf Orbay and Bekir Sami Kunduh on the one side, in their title of Delegation of Representatives (Heyeti Temsiliye) as attributed by the Sivas Congress, and the Ottoman Minister of Marine (later grand vizier himself) Hulusi Salih Pasha, who had come to Amasya to represent the short-lived Ottoman government of Ali Rıza Pasha on the other side, all signed the protocol just after the Sivas Congress in the same city of the Amasya Circular.

Polio alert as several cases are detected in London