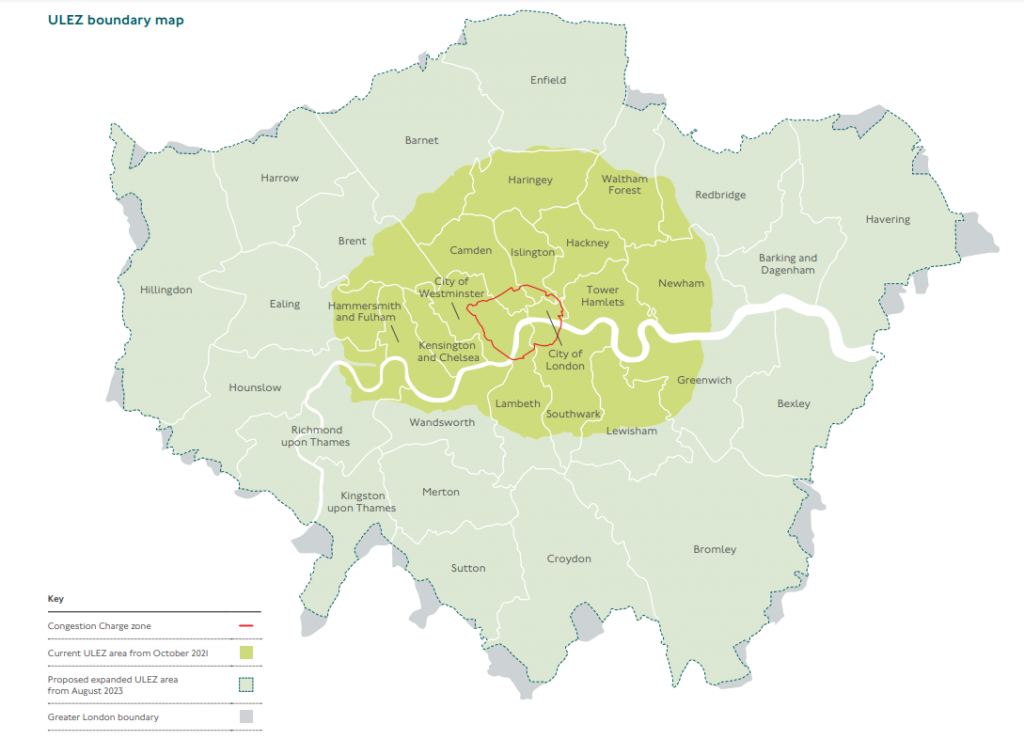 A consultation has been launched on further expanding the London ultra-low emission zone (ULEZ). Under the Mayor of London’s proposals, the ULEZ would cover the whole of Greater London from 29 August 2023.

The ULEZ originally covered the same area of central London as the congestion charge zone, before expanding to cover all the streets inside the North Circular and South Circular roads.

If the further planned expansion goes ahead next year, the AA estimates that around a third of car owners in the newly affected area would be priced off the road.

In a consultation document, Sadiq Khan wrote: “We simply don’t have time to waste. The climate emergency means we only have a small window of opportunity left to cut harmful emissions to help save the planet. Toxic air pollution is still permanently damaging the lungs of young Londoners and leading to thousands of premature deaths every year.”

At a meeting on July 1, 2021 the Mayor said: “I have no plans to extend the ULEZ to outer London.

“Combined with the ULEZ expansion in October, up to but not including the North and South Circular, this will ensure that 92 per cent of roads London-wide will comply with legal limits for NO2 by the end of 2021. Air quality on the remaining roads will be more effectively addressed through targeted, local measures. I believe that this strikes the right balance to deliver the biggest air quality improvements as quickly as possible.”