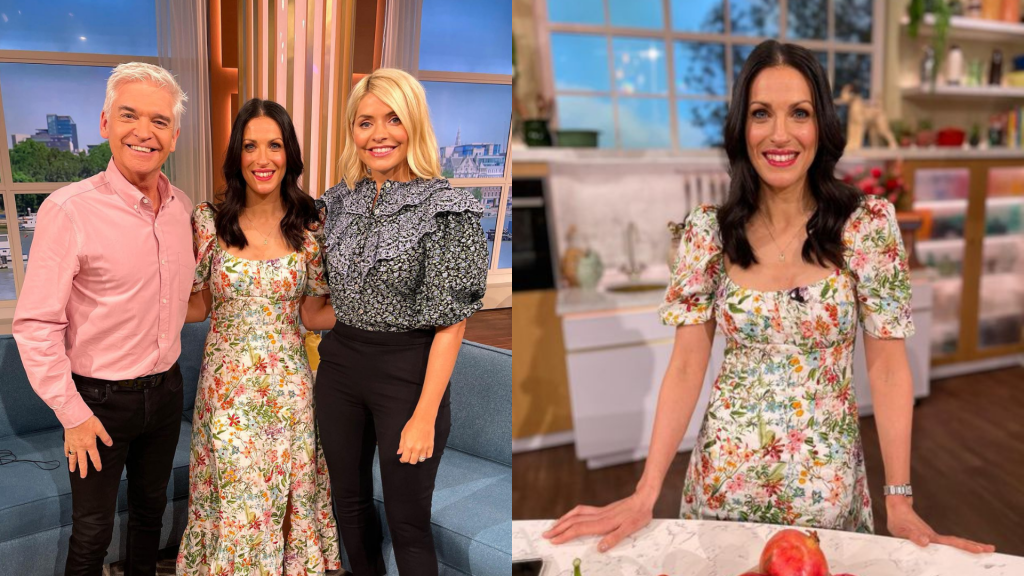 MELIZ Berg, a talented self-taught chef, was the guest of the “This Morning” program broadcast on ITV on Tuesday, May 3rd. Meliz was a guest on the live broadcast on ITV’s This Morning program to share her recipe of hummus with the audience.

The Turkish Cypriot cook, known as ‘Meliz Cooks’ shared with her 110,000 followers pictures with the hosts saying “What a wonderful Tuesday morning it has been! A big thank you to the This Morning team, Holly Willoughby and Philip Schofield, for making me feel so welcome and courteous! I am so happy! And unfortunately I forgot to take a picture of the finished dish.”

Growing up in a house where her family combines both traditional Cypriot and multicultural London life, Meliz managed to reach thousands of followers on social media platforms in a short time.

Meliz studied Music at the Master’s Level, taught at secondary school for eight years, and then started a recipe blog documenting the traditional Cypriot dishes she introduced to her after the birth of her first child. After taking a break from teaching, Meliz decided to pursue her passion for food and the blog turned into a very successful Meliz Cooks Instagram page where her recipes are cooked and shared by her followers from all over the world.

Meliz has gained a supportive following for its dazzling, colourful, easy-to-follow recipes, addictive combinations of flavours and spices, sympathetically highlighting the melting pot of fine cuisines seen in Cyprus from the Mediterranean, the Balkans and the Middle East in Cyprus. Her recipes have been featured in Co-Op Food and Asda Good Living Magazine, as well as Good Homes and the Guardian, and she regularly works as a recipe developer and campaigner for Sainsbury’s.