Day-Mer: Newroz will be instrumental in strengthening peace and brotherhood 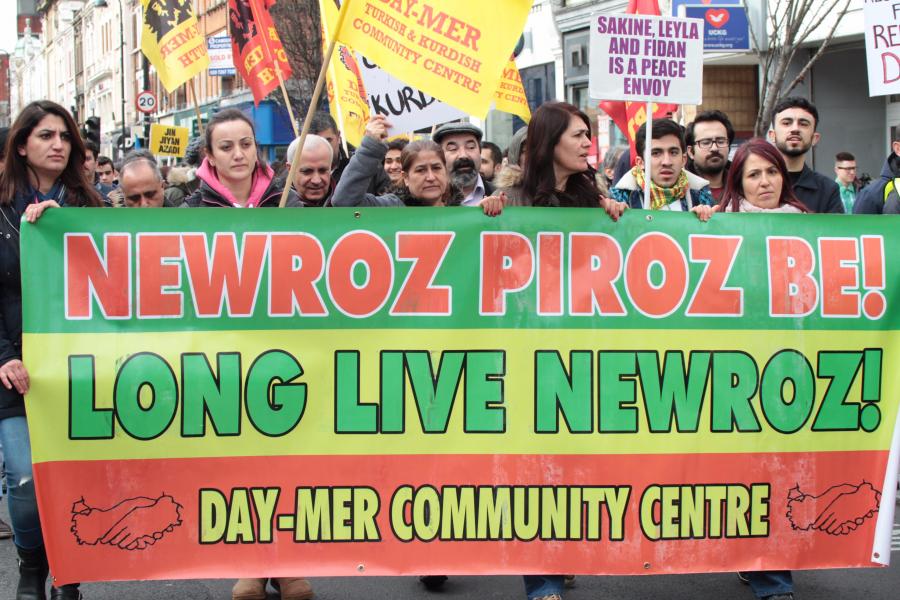 Celebrating Newroz the start of spring and new year on in the Kurdish calendar on March 21st, the meaning of New Day, Day-Mer shared a statement calling for the end of the war in Ukraine as well as where Kurdish people face conflicts in the Middle East.

In a statement, Day-Mer said:  “We welcome Newroz, which the arrival of spring and New Year, by the peoples of the Middle East. All the peoples of the world, including all the peoples of the world, are paying for the preparatory preparations of Russia and NATO under the leadership of the EU and the USA. There can be no justification for Russia’s invasion of Ukraine. For this, Russia should immediately withdraw from Ukraine. In order for wars to come to an end, first of all, the imperialist states, especially the USA and England, must put an end to armament and expansionist war policies.

“The people of the geography where Newroz was born, but mostly the Kurds, are among the people who pay the most for what war means and what the price is. On the one hand, the war of plunder by the imperialist states in Iraq and Syria, on the other hand, the war waged by the Turkish state to suppress the Kurdish people’s demand for freedom and to implement its policies of denial, has turned the region into a bloodbath…

“Your war can be waged, true peace will be built, and it can only be about the future and the future of the peoples. As in Ukraine today, the weapons consumed in the buildings consumed in Kurdistan and in Syria are the imperialist states. For this reason, we are starting to embrace all workers, freedom, labour, fraternity of peoples, and Newroz with it. We are fighting against war and guns.