Hayrettin named ‘Manager of the Month’ in National League South 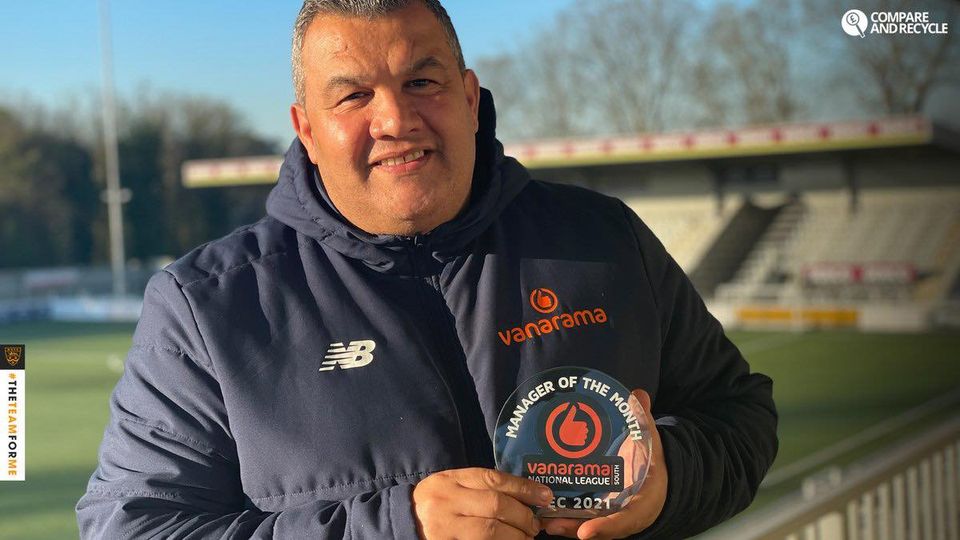 HAKAN Hayrettin has been named Vanarama National League South Manager of the Month for December.

He receives the prize after leading his club to three consecutive wins in the month of December.

They conceded only once during the month of December under Hayrettin’s leadership and ended the year with a seven-match undefeated run.

“It’s amazing,” said Hayrettin said in an intervewed following his win. “I dedicate it to all the staff. It’s not just me.

“I’m the one driving it but I’m lucky to have good people around me: Terry Harris (No.2) and Erdal Yoruk (assistant coach), the two analysts have made a big difference to me… there’s a bigger picture than just me at the front of it.

“There’s a lot of people pulling strings to get the best out of people and that’s what we’re doing.

“My job is to drive them on and they in turn drive the players on.

“I am intense, I want to win, every day, I’m what about this, what about that, and you can tell by the performances.”

Feryal Clark: “I would like to see a fair and humane immigration system”