Hundreds of people take to the street to protest against LTNs 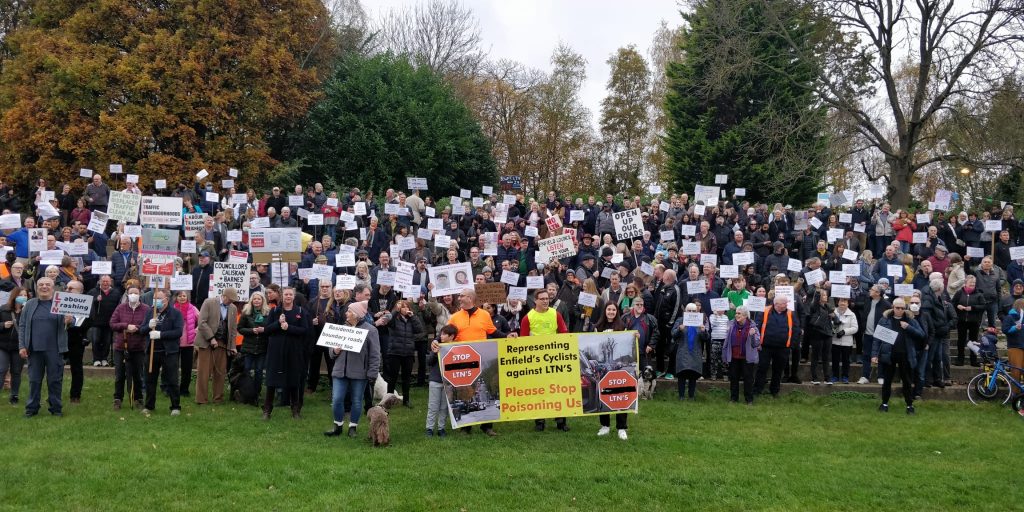 LAST Saturday saw over 600 people show their opposition to the Enfield’s Low Traffic Neighbourhoods(LTN’s) by marching in solidarity through Palmers Green, north London.

As the march moved from the park it was joined by other protestor’s lining both sides of Green Lanes as the march ended at the office of local MP Bambos Charalambous. Throughout, car drivers tooted their horns whilst shoppers and retail workers clapped in support.

A spokesperson for One Community said: “This rally allowed people who have been adversely affected by Enfield’s LTNs to show their collective voice. We heard story after story about how the displaced traffic has negatively impacted them; about how it was stopping children from getting to school on time as their buses are stuck in traffic; carers not being able to reach their patients; how blue-lit ambulances have been delayed trying to find a way through to emergency callouts; how the needs of protected groups such as the disabled have been recklessly ignored…” 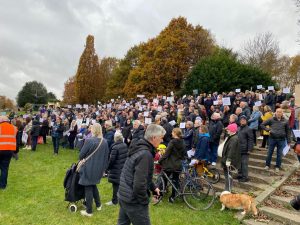 Adding “… We hope that Enfield Council will face up to the problems this scheme has created and in a proper democratic way, respect public opinion by cancelling their LTN programme, so that no more local communities are damaged as ours most certainly has been”.

LTNs aim to create more space for people to participate in active travel such as walking, cycling and scooting. Also said to help reduce carbon emissions, help with air pollution and climate change.  However since they were introduced across boroughs in London many of their local residents have take to the streets protesting with community groups even launching legal challenges.