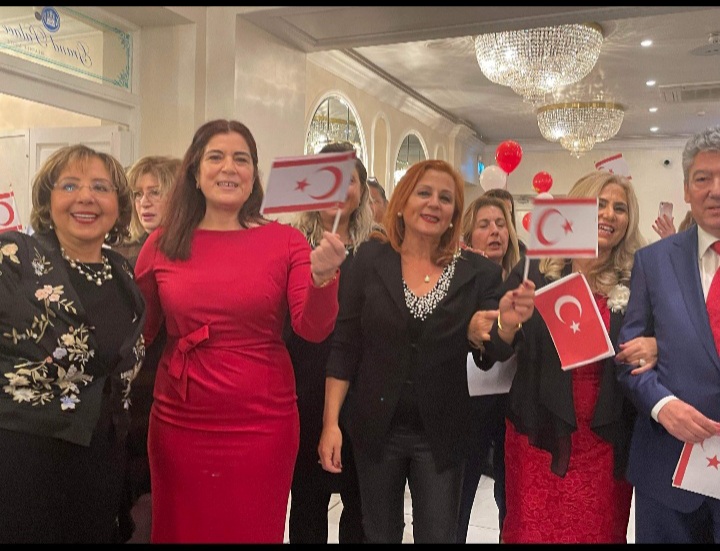 The Council of Turkish Cypriot Associations (CTCA) celebrated the 38th Anniversary of the Turkish Republic of Northern Cyprus (TNRC) with enthusiasm at the Grand Palace on Saturday, 21 November.

Following the National Anthem, Council President Ayşe Osman gave a speech thanking guest she said “ As the most important symbol of the TRNC’s right to self-government and self-determination, which was founded on November 15, 1983, the costs of the struggles were crowned for our freedom and freedom in our lands. The Turkish Cypriot people, who gained their freedom after the 20 July Peace and Freedom Operation initiated by the Republic of Turkey, we expect the whole world to know that we cannot tolerate losing any more time until today. We want to walk in Cyprus as two equal sovereign states, the Turkish Republic of Northern Cyprus and the Greek administration, with two different cultures, but with the right to share the riches existing in the Mediterranean with threshold rights and agreements. It is time for the whole world to accept this…”