Matt Hancock accused of ‘having affair with close aide’ 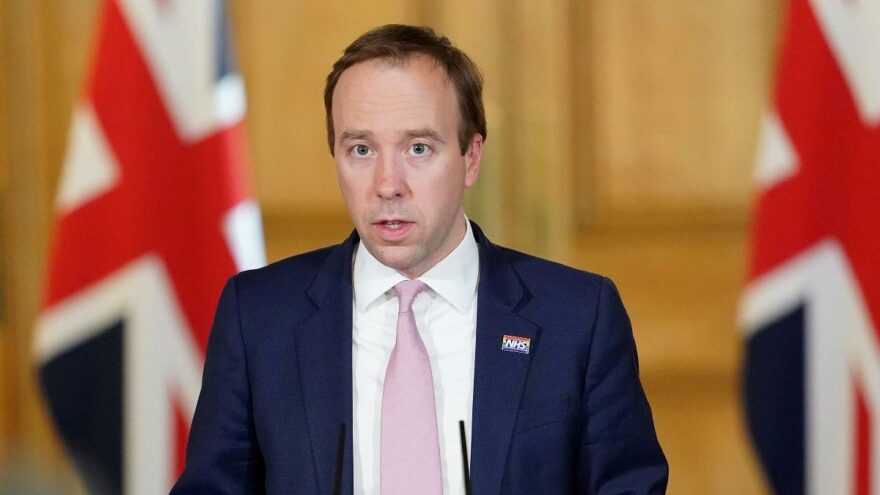 The health secretary Matt Hancock has been accused of having an affair with a close friend acting as a taxpayer-funded adviser to his department.

The Sun published photographs of Mr Hancock embracing his departmental aide Gina Coladangelo, referring to it as a “steamy clinch”.

The security camera pictures were said to be taken on 6 May but the pair have been seen embracing on other occasions during the pandemic, sources told the newspaper.

The photo was taken was thought to be taken inside his Whitehall department, with two-metre social distancing rules remaining in place at workplaces. It was also taken two weeks before the ban on hugging between people in different households was lifted.

The Department for Health and Social Care (DHSC) has not commented on the report, while Transport Minister Grant Shapp said in his round of press interviews this morning that it was an “entirely personal” matter.

Ms Coladangelo, who met Mr Hancock when both were attending Oxford University, is a director at lobbying firm Luther Pendragon, which promises clients to help to “navigate and influence complex legislation”.

In November it emerged Ms Coladangelo has given a role as non-executive director at Mr Hancock’s department, earning at least £15,000 a year. It drew criticism because there was no public record of the appointment.

Government responses to petition, as Turkey remains on red list