Government responses to petition, as Turkey remains on red list 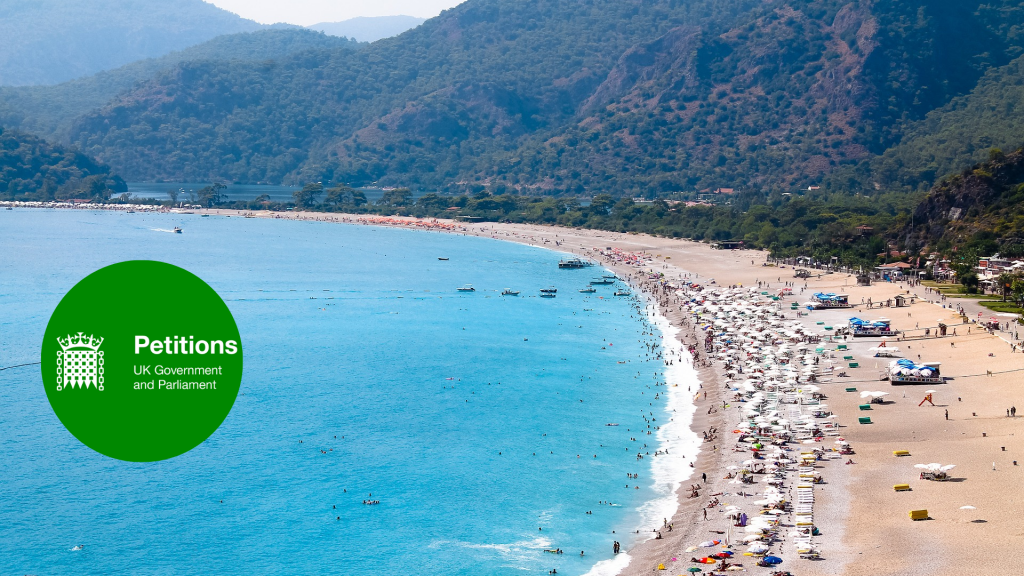 British holidaymakers’ favourite desiation as well as the Turkish Speaking coummnitys,   Turkey will remain on the UK’s “red list”.

In the latest review to its traffic light system for international travel, the government announced the revised green, amber and red lists, which dictate the severity of restrictions faced by arrivals upon entering the UK.

Brits returning from red countries are subject to the harshest rules, and must pay for an 11-night package at a mandated quarantine hotel, at a cost of £1,750 per solo traveller.

While it was hoped that some destinations might move from red to amber in the latest reshuffle, Turkey as well as country’s like the United Arab Emirates (UAE), both beloved by British travellers, remain stuck on red.

The previous red list of 50 destinations has now grown even further to 56 countries, with Haiti, Uganda, Tunisia, Eritrea, Mongolia and the Dominican Republic all adding to its ranks.

A petition was set up on at the begining of June calling for Turkey to be removed from the red list,  last night follow the 2nd review of the travel list the Department of Transport (DfT) repsoned to the petition which has collected over 15,000 siguntures.

DfT saying: “… The decision to impose additional measures on Turkey was taken to prevent the importation of variants of concern and to protect the roll out of the COVID-19 vaccination programme at a critical time. These are temporary measures that are kept under constant review and the government maintains that they will only be kept in place whilst the level of risk justifies the measures…”

Adding ” As with all our coronavirus measures, we keep the Red List under constant review and our priority remains to protect the health of the UK public. Department for Transport”