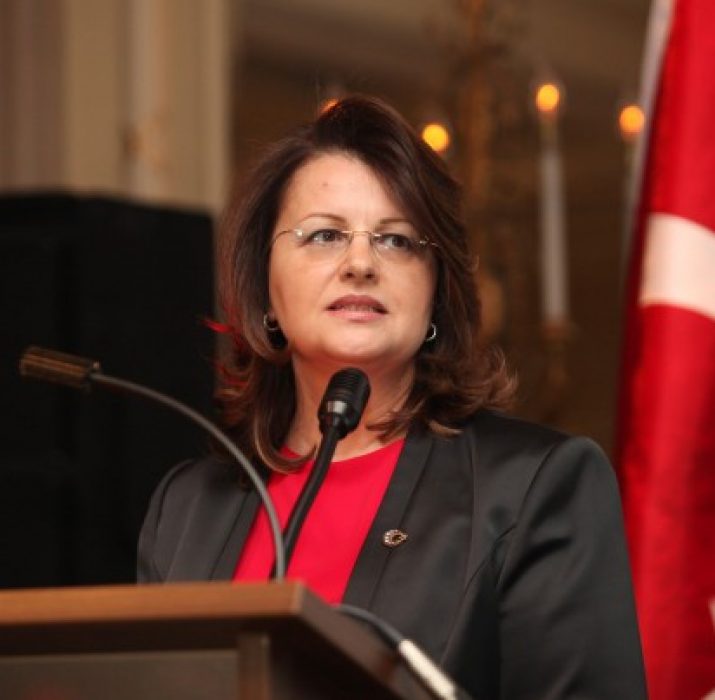 The London-based Çanakkale Commemoration Platform (ÇAP) published a statement condemning the description of the 1915 events as “Armenian Genocide” by the President of the United States of America (USA) Joe Biden. The statement said, “We find the US President Joe Biden’s announcement of news from historical facts and international law very grave, we strongly reject the ugly accusations against our glorious ancestors.”

In a written statement made on April 24, Biden became the first US President to describe the events of 1915 as “genocide”, using the words “The American people honour all the Armenians who lost their lives in the genocide that started 106 years ago today.”

ÇAP Chair Servet Hassan shared a statement saying: “We find the US President Joe Biden’s statement against historical facts and legal rules very grave and we strongly reject the ugly accusations against our glorious ancestors.

Wherever you look from this unfortunate explanation, which contains a lot of false information and false expressions, it remains in your hands. It is very dire that the president of a great country takes a one-sided and political decision that is based on baseless claims contrary to historical information and documents, disregarding the rules of law and international conventions, and even doing this against the people of an “allied” country!

The definition of the crime of genocide was made in the United Nations Convention on the Prevention and Punishment of Genocide dated 1948, and it is very clear that the tragic events of 1915 do not comply with this legal definition. While there was no authorized court decision to define the aforementioned events as “genocide”, making such a claim was considered by the Turkish nation as a hostile attitude.

During the First World War, when brothers and sisters were hurt, Ottoman Empire subjects suffered greatly, both Turkish and Armenian and other ethnic and religious groups. Our geography, our pain and our destiny are common. However, discriminatory statements and unjust accusations that care about some pains and ignore others prevent the two communities from coming together and creating a common and fair memory, on the contrary, they incite hostility and make racist groups even less.

Efforts to force us to accept a crime that we have not committed, through mere statements, pressure and impositions that will never serve peace and will never serve the peace between the two communities, will not yield any results. Historical facts and international law stand by the Turkish nation, our foreheads are clear!”