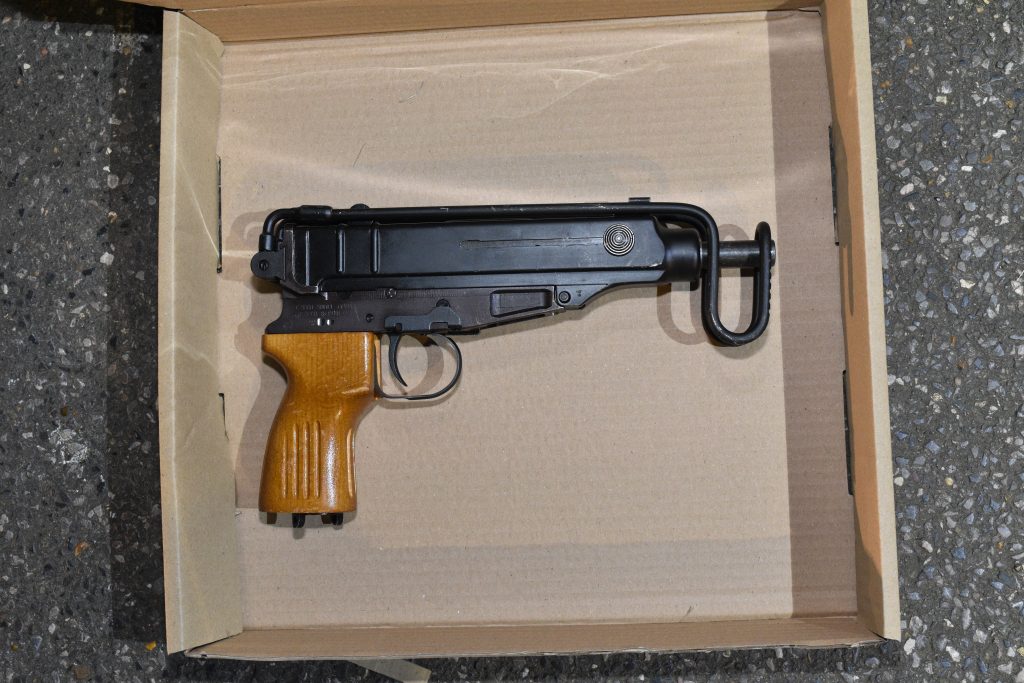 Two Scorpion machine guns and 40 rounds of ammunition have been seized after Met officers arrested a 19-year-old man near Chiswick Park tube station.

The man was arrested on suspicion of possessing a firearm with intent to endanger life and possession of ammunition in the early hours of the morning on Tuesday, 2 March. He has been taken to a west London police station where he remains.

Detective Chief Superintendent Craig Turner, said: “The machine guns and ammunition seized could have undoubtedly led to the loss of life had they not been recovered in this operation. Tackling violent crime remains our absolute priority and operations like this are crucial in removing lethal weapons from the streets and restricting the ability of those intent on causing violence. This is one of our main focuses as we approach coming out of lockdown and we will be relentless in our activity.

“Anyone who believes they can walk the streets of London with horrific weapons in their possession should think again. We will continue to make London a hostile place for gangs to operate in and carry firearms.”