Domestic abuse calls in London up by 12% during lockdown 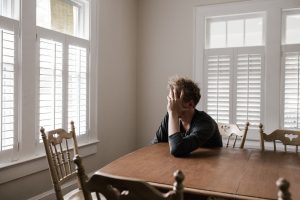 CALLS to police about domestic abuse in London leapt by 12 per cent during the coronavirus lockdown as friends and neighbours responded to appeals to report suspected incidents, official figures revealed.

The Office for National Statistics said that a total of 41,158 calls received by the Met between March 25th as the lockdown got underway and June 10th.

That compared with a figure of 36,727 calls during the equivalent period a year earlier and was driven by “large increases in calls from third parties” worried about what was taking place in other people’s homes.

Calls from victims remained at similar, and sometimes lower levels, during the weeks of lockdown in a trend which appears to support fears that some might have been unable to raise the alarm because of the government imposed restrictions on leaving their homes.

The statisticians – who also revealed an overall rise of 9 per cent in police-recorded domestic abuse crimes across England and Wales during the lockdown – decline to draw firm conclusions from today’s statistics in London and suggest that several factors might explain the rise.

It says that one is that “more people who may not usually be at home would be in close proximity and therefore have greater opportunity to observe and report the abuse” while a #YouAreNotAlone media campaign launched in April 2020 might also have increased public vigilance and the number of calls being made as a result.

At the same time, the statisticians point out that “victims who were confined to their homes in close proximity to their perpetrator would have had less opportunity to safely report their abuse.”

The figures show for example that 90,000 domestic abuse cases were logged by the Met and City of London Police in the 12 months to the end of March this year, equivalent to 10 per cent of all crimes in the capital during that period.

The total compared with a tally of 76,133 domestic abuse crimes recorded by police in London over the 12 month period to the end of March 2016.