İSMAYİL İbrahim, a young Turkish Cypriot who was born and raised in England, has been rapidly climbing the ladder of success with his experience and cooking skills at a young age. 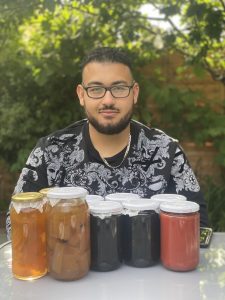 who is now a successful chef at the age of 25, is quite dominant in Cypriot cuisine despite being born and growing up in England.

Not only does he work his cultural cuisine but İsmayil also cooks dishes from the world’s richest cuisines also produces special cakes. Dreaming of becoming a chef from a young age, İbrahim continues to display his talents and reaches a wide audience via social media.

As the talented and inspiring youth continues to accumulate his experience especially on his Instagram account under the name of “isocakes” attracting great attention, İbrahim aims to achieve new successes.

Speaking exclusively to Londra Gazete, we looked at how Ismayil Ibrahim journey for his love of food started and what this young chef plans for his future. Ibrahim stated that his interest in cooking started by following his grandmother, explaining:

“I admired the dishes and desserts which my grandmother made, and I always asked myself how my grandmother make such delicious meals. In fact, my curiosity about cooking started like this. I was interested in cooking from my childhood; I wanted to try something new all the time. Therefore, I chose this field in my education life and I studied Gastronomy at Westminster College. I was educated in one of London’s best schools for three years.” 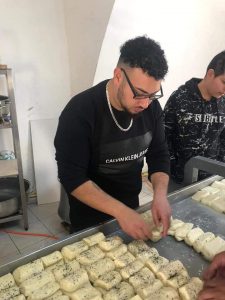 “Cooking is not actually as easy as it seems, but I have a very ambitious personality and I fight until I do the best of everything. I attended various competitions during my education period and completed with first place. In one of the competitions I attended, I had to make bread, in which I took care to promote the Turkish Cypriot cuisine. I slightly chose a different approach; I made it with olives and halloumi, and the juries loved it. In general, I choose to be my investor by using my imagination within the framework of the rules imposed on me. While doing this, I do not forget my Turkish Cypriot identity and culture, my aim is to introduce my country’s kitchen to others.

“After graduation, I started working in Harrods, I worked there for about a year and learned new things there. Although it was a fast-paced job, I quickly adapted and managed to add something myself. After Harrods, I worked as a pastry chef at the Sheraton Grand Hotel for three years. It was an important opportunity for me to improve myself in this field and I think I made the most of it. I am currently working in a large cake center in the Edmonton area and doing my own private work together. ”

MY FAMILY PLAY A BIG ROLE IN MY LIFE

Stating that he reached a wide audience by using social media, İbrahim said that he learned new recipes, made friends and introduced himself well through digital media, making the most from the platform. “We can’t find what we want in London, there are markets like Yaşar Halim, but I want to keep it alive here whatever I saw in Cyprus. For example, I bring wheat from Cyprus and make my own tarhana, I make yoghurt, halloumi, bulgur patties and all kinds of pastes. In short, I do whatever you think of. My grandmother and my family play a big role in my life, they’re my main supporters.” 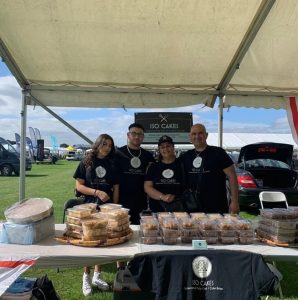