CTCA speaks on the charter flight to TRNC 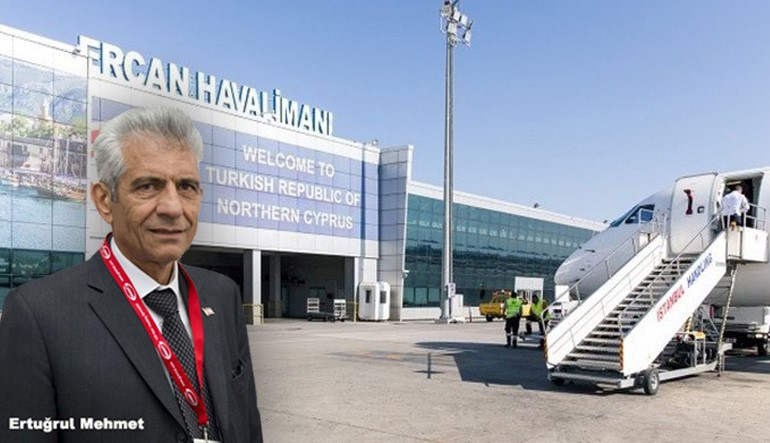 COUNCIL of Turkish Cypriot Associations (CTCA) Chairman Ertuğrul Mehmet spoke to London Gazette in regards to the news published about the charter flight from England to Northern Cyprus on Tuesday evening.

Underlining that the statement “64 people were stuck in the police immigration and could not enter” was not true; the chair of CTCA said that the charter expedition on Tuesday evening was essentially organised by the successful tour operator Cyprus Paradise.

The chairman of CTCA reminded that many TRNC citizens and university students studying in the UK were stuck in England due to the virus, hence the TRNC London Representative Office, Education Attaché, CTCA, and Cyprus Paradise worked together and organised 7 reparation flights for these citizens to go back.

Mehmet said that the charter flights on Tuesday were not organised by the TRNC Ministry of Foreign Affairs or the TRNC London Representative, hence it was organised by Cyprus Paradise, particularly for British people with a residence permit in TRNC.

CTCA Chairman made the following statement to London Gazette:

“The Council of Ministers in Northern Cyprus makes decisions about who can enter the island, and in line with the last decision, British citizens with a residence permit in Northern Cyprus were permitted to enter the island. Thus, as CTCA we have prepared a list of those who have a resident permit and want to return to North Cyprus, we accomplished this in cooperation with the British. This list was sent to the TRNC London Representative who then sent it to the authorities in TRNC. Necessary checks were followed to confirm the residence permits of these people.”

CTCA Chairman added that TRNC citizens who were stuck in the UK were also added to the passenger list due to a lack of sufficient number of passengers for the charter flight. Mehmet also said, “Only 6 people were faced with a further investigation with the immigration police, the necessary procedures were done by us, but we found out that the information resident permits of the passengers were not transmitted to Ercan airport.

These six people had a residence permit but it was expired, due to coronavirus they did not have the opportunity to replenish their permit. However, this problem was solved in a short time and all passengers were placed in the quarantine center.”

Moreover, it was also revealed that the crisis of the ‘private jet’ has resulted in TRNC government officials given strict orders for those entering TRNC.