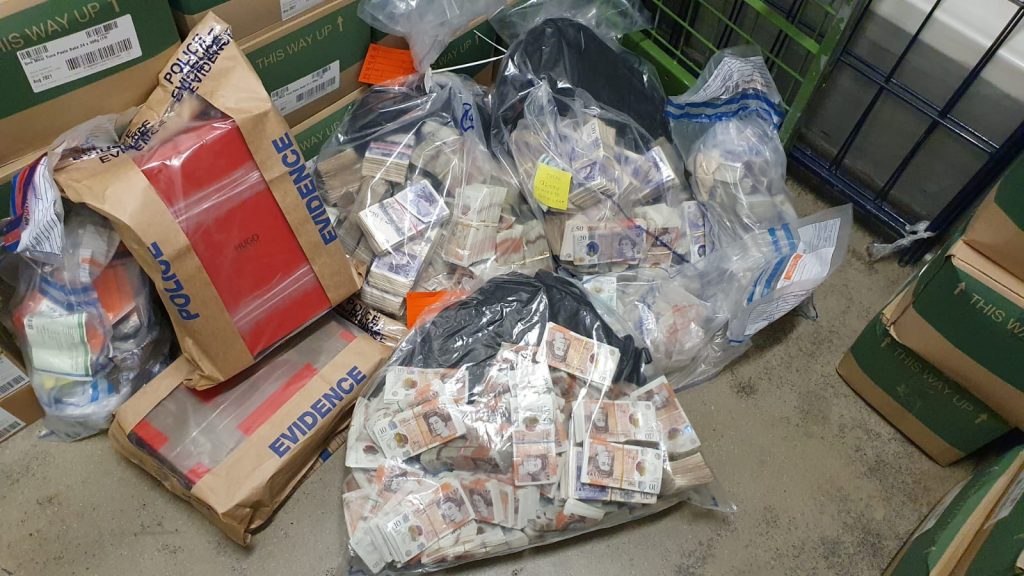 Officers from the Met’s Operation Venice Scorpion and Venice Investigation Team (VIT) have arrested a man and seized what is believed to be almost £1 million in cash.

Detective Chief Inspector Shaun White, who leads the Operation Venice Command, said: “Whilst we are in the process of counting all of this cash, we believe we have seized almost £1 million. 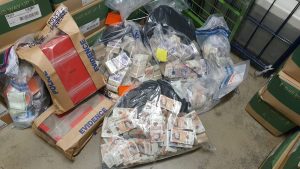 “There is no justifiable reason for this much cash not be kept in a bank account, unless it has been sourced from ill-gotten activities involving criminality.

“This is a great seizure involving both strands of Operation Venice – our Scorpion drivers (who use motorbikes and cars to stop criminals using powered two-wheelers) and our Venice Investigations Team (VIT), who carry out the searches and develop the arrests through court in order to secure convictions.”

On the evening of Tuesday, 26 May, the Scorpion drivers carried out a traffic stop on the suspect in a car park on Colney Hatch Lane, N10 .

When officers searched the 31-year-old man, they found he was in possession of £12,000 cash and was unable to account for why he had this much on him.

He was arrested under the Proceeds of Crime Act (POCA) and taken to a north-west London police station.

Officers from the VIT then executed a search of the suspect’s home in Haringey.

Inside they found what is suspected to be almost £1 million in cash stored in shoe boxes and bags. They also found a number of passports.

The suspect remains in police custody at this time.

DCI White added: “Operation Venice officers work around the clock, alongside, and supported by officers from around the Met to tackle serious and organised crime. We will continue to work with them to arrest and prosecute those who believe they can get away with criminal behaviour in the Capital.”