Bank of England: UK headed for deepest slump in over 300 years but recovery still possible 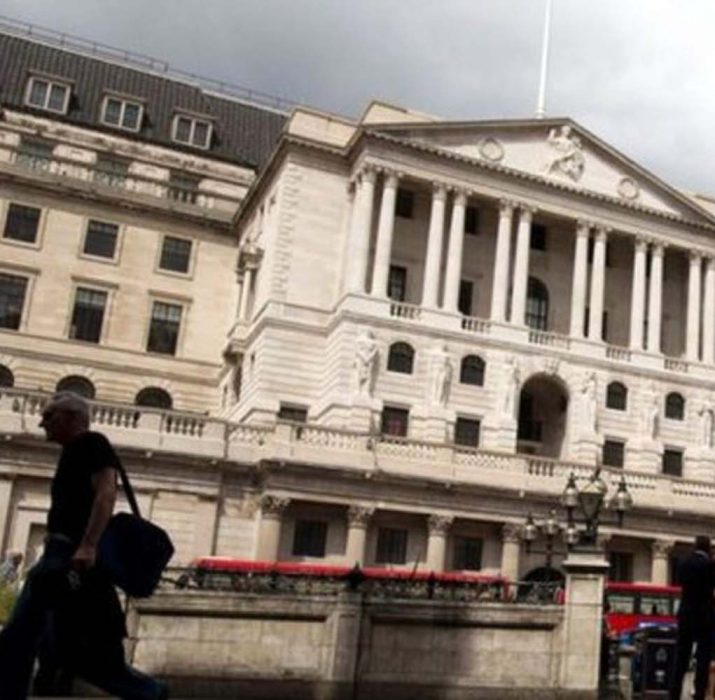 A Bank of England scenario sees UK GDP falling 14% this year, its worst annual slump for more than 300 years, and the jobless rate hitting 8% as the coronavirus crisis ravages the economy.

The Bank released its first work on the potential impact of the lockdown measures to limit the spread of COVID-19 as its monetary policy committee left interest rates unchanged at their record low level of 0.1%.

However, two members voted in support of more bond-buying – indicating they felt more support was needed beyond the £645bn of asset purchases, also known as quantitative easing, already targeted by the Bank to boost liquidity.

At the same time, it released what it called an “illustrative scenario” based on the assumption of a gradual easing of the UK lockdown that shuttered scores of businesses from 23 March.

The expectation of a 14% decline in economic growth this year would be the worst since 1706.

It said the figure was also dependent on significant support from both the Bank and government with cash currently available from a range of schemes to support businesses, employment and wages.

Despite the packages, scores of redundancies have been announced from household names including British Airways, Virgin Atlantic and Debenhams over the past week.

Official figures next week are expected to confirm negative growth for the economy for the first three months of the year.

The Bank’s projection included a 3% hit between January and March before a 25% decline in GDP in the second quarter.

Company sales are seen 45% down between April and June with a 50% collapse in business investment.

But the scenario saw a rapid recovery from the slump ahead – as the cogs of the economy gradually picked up pace – with GDP surging by 15% next year.

It said: “The spread of COVID-19 and the measures to contain it are having a significant impact on the United Kingdom and many countries around the world.

“Activity has fallen sharply since the beginning of the year and unemployment has risen markedly.”

It added: “UK households entered this period of economic disruption in a stronger position than they were before the 2008 financial crisis.

“While the policy response will provide substantial support to households, the sharp fall in economic activity will put pressure on some households’ finance.

“We are vigilant to risks that could emerge once payment holiday measures end, including borrowers seeking to refinance in the coming months.”