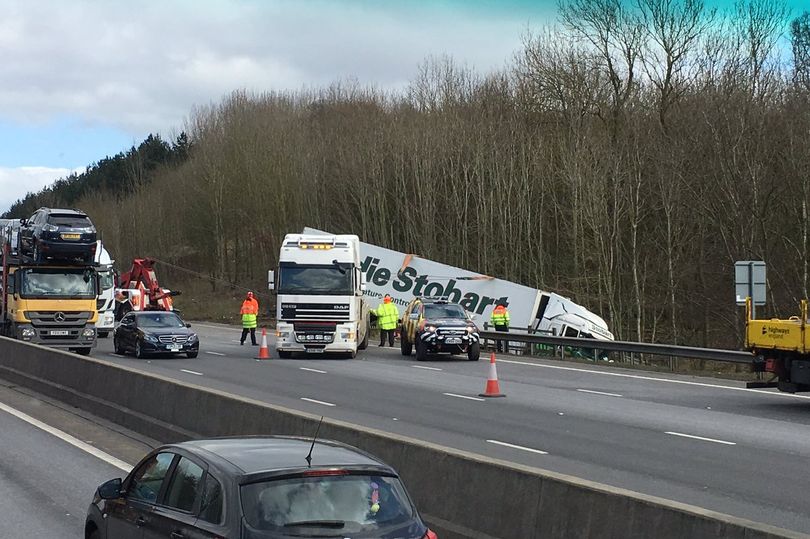 Sevim Uston, 49, and Ayse Uston, 68, tragically died after being hit by an articulated lorry on the motorway in 2018.

Late at night on March 19 2018, Murat Uston drove his Audi back from his fiance’s house in Luton with his grandmother, mother and 10-year-old sister.

When he suddenly heard a “thumping” noise coming from the car, he stopped and pulled over between junction 27 and 26 near Waltham Abbey, fearing a tyre had separated from the wheel.

With the absence of a hard shoulder and the barriers preventing him from pulling up on the verge, the car was parked in the left lane with its hazards and lights on to alert other road users.

Murat and the others then climbed over the barrier, standing four metres back from the smart motorway where they thought they were safe.

But in the space of just seconds, an Eddie Stobart lorry ploughed into the back of the silver Audi, smashed through the barriers and hit the family as they stood there helplessly.

The crash claimed the lives of both Sevim and Ayse and also left the young girl with injuries so severe her ‘hip has stopped growing.’ 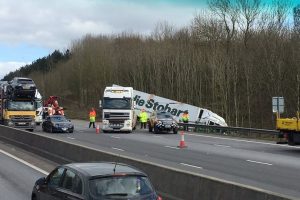 The driver of the lorry, Krzysztof Zarebski, 34 was charged with two counts of death by careless driving and appeared before Chelmsford Crown Court for his sentence on Thursday, February 27.

Prosecuting barrister Carolyn Gardiner explained during the course of Zarebski’s two-day sentencing hearing that the lorry did not reduce its speed or swerve to avoid the collision.

“The family had left the car, climbed over the barrier and moved about four metres away, she said.

“He then saw what he described as a large lorry which he didn’t see reduce his speed or swerve away, but instead it collided onto the off-side of the car and through the barrier to where his family were standing.

“He ran to the front of the lorry and realised his family were no longer standing there. His sister was crying and his grandmother and mother looked unconscious and seriously injured.”

Murat called for the emergency services who arrived shortly after and sadly informed him that his mother and grandmother had both passed away.

Murat’s younger sister the now 12-year-old was immobile for six weeks because of the surgery she needed for her pelvic and hip fracture.

Ms Gardiner told the court that “her left hip has stopped growing” because of the injuries she sustained, adding that her hips were left “uneven.”

Since the horrific incident, she has had a variety of rehabilitation services, including physiotherapy, speech therapy and leg therapy.

Judge Charles Gratwicke said: “You fall to be sentenced for two offences of causing death by careless driving committed on March 19, 2018, when the Scania lorry and trailer you were driving collided with the Audi A3 driven by Mr Murat Uston, which was stationary in lane one on the anticlockwise M25…

“The effect of the collision was devastating on the Uston family. Sevin and Ayse, Mr Uston’s grandmother and mother, who had been sheltering behind the crash barriers, were killed instantly and his sister sustained the life threatening injuries that in court we have heard about.

“A family was torn apart as the victim impact statements make clear and I make it clear as I have said in many a case, there is nothing the court can say or do which can in anyway fill the void in the lives of those who were remained…”

Zarebski was given four months in prison suspended for 12 months.

He was also ordered to undertake 200 hours of unpaid work, was disqualified from driving and ordered to pay the victim surcharge.