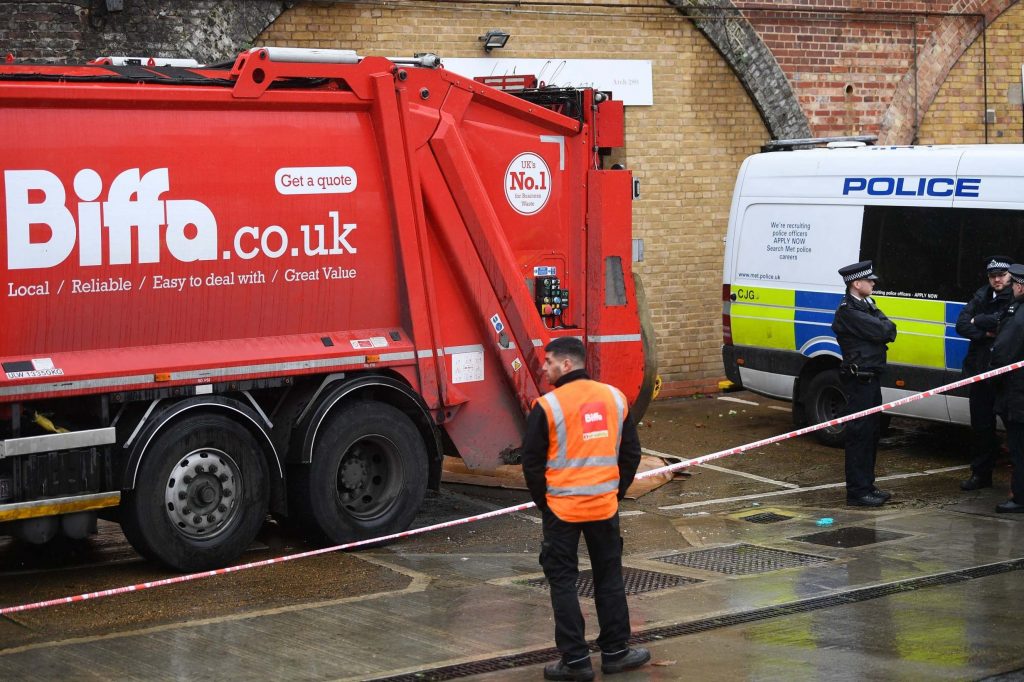 A man’s body has been found in the back of a bin lorry in south London.

Police were called to Bethwin Road in Camberwell at around 5:35am yesterday morning following reports a body had been found.

The man was pronounced dead at the scene.

A Scotland Yard spokesman said the death was being treated as unexplained.

No details about the victim were given and enquires continue.

Footage posted on social media showed several ambulances surrounding a red waste truck, with bags of rubbish spilling onto the ground at its rear.

The vehicle, which was parked near railway arches on Bethwin Road was escorted away by police shortly after 2.15pm – around nine hours after the body was discovered.

A spokesman for waste management company Biffa confirmed that the truck was part of its fleet.

He said: “We can confirm that a body was discovered in a Biffa vehicle early this morning (24 February) in South London.

“We are working with the relevant authorities as they investigate the matter. We cannot comment any further at this stage.”