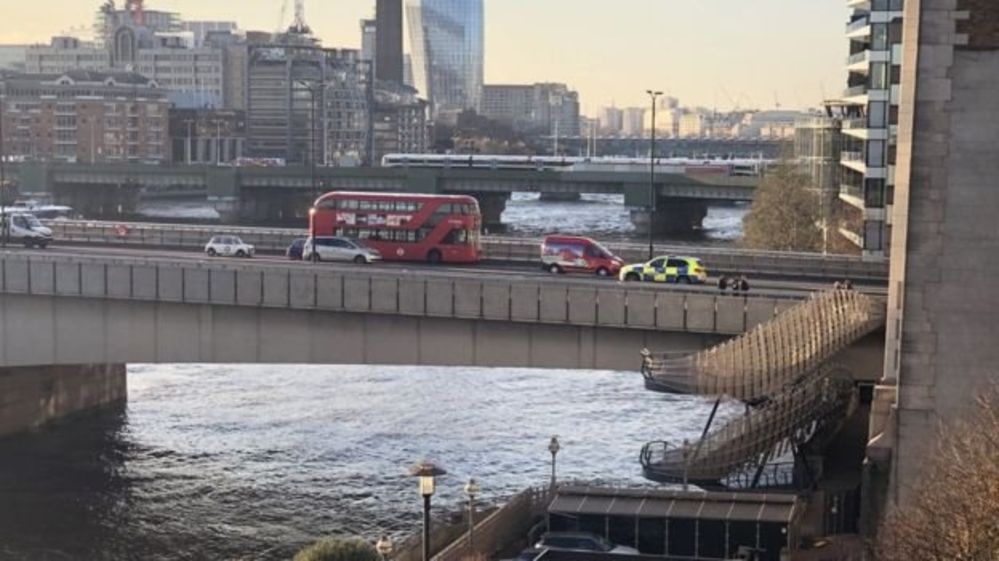 A number of people have been stabbed and a man has been shot dead by police in an attack at London Bridge.

The Met Police said it had declared the stabbing attack a “terrorist incident”.

The suspect, who died at the scene, was believed to have been wearing a hoax explosive device, police said.

Footage has emerged on social media showing the apparent suspect appearing to be shot as he lay on the ground. 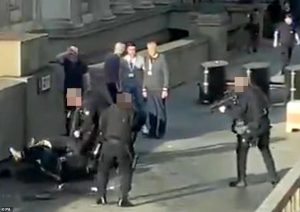 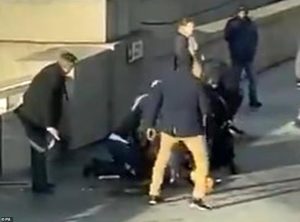 Another man in a suit and jacket could be seen running from him, having apparently retrieved a large knife.

Another video shows police officers aiming guns at a white lorry that jack-knifed across London Bridge.

British Transport Police said London Bridge station was currently closed and no trains would be stopping there.

Police have advised people near the scene to follow directions from officers on the ground.

The prime minister tweeted he was being updated on the incident and wanted to thank police and all emergency services for their response. 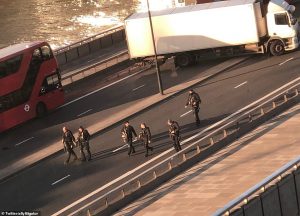 He is returning to Downing Street from his constituency.

Home Secretary Priti Patel also tweeted that she was “very concerned” about the incident.

Labour leader Jeremy Corbyn tweeted that the reports from London Bridge were “shocking” and his thoughts were with those who were caught up in the incident.