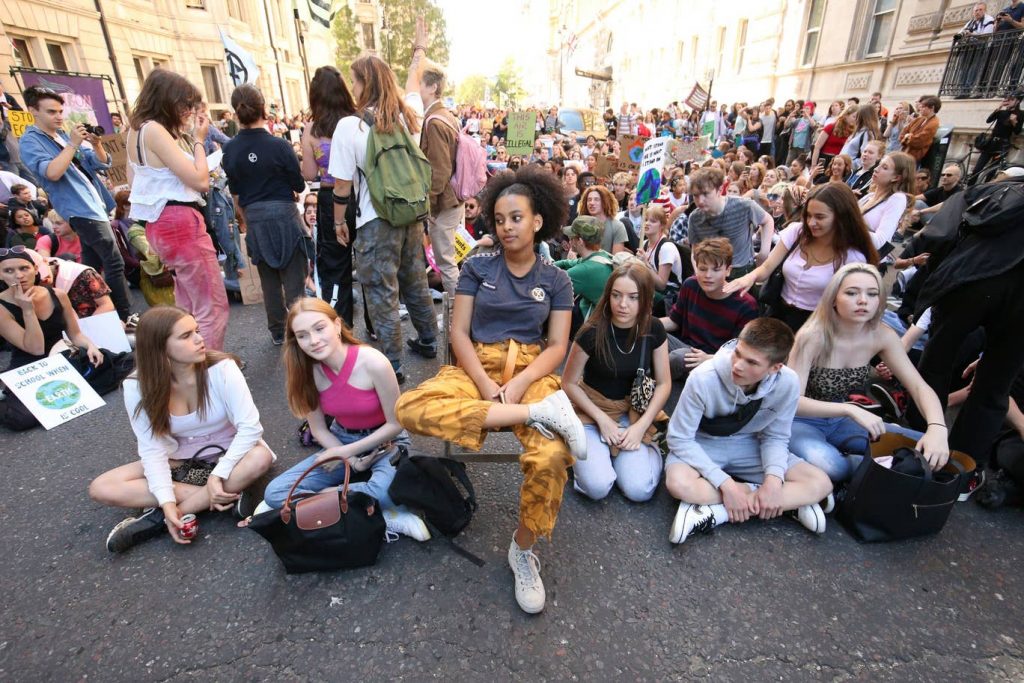 Thousands of people are protesting across the UK, with pupils leaving schools and workers downing tools as part of a global “climate strike” day.

Millions are taking part around the world with rallies in British cities including Glasgow, Manchester and London, urging “climate justice”.

Anna Taylor, 18, a co-founder of UK Student Climate Network said it was “very easy” to get people to show up. 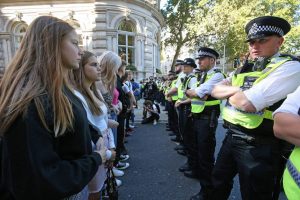 Education Secretary Gavin Williamson said “every child should be in school”.

“They should be learning, they shouldn’t be bunking off and it’s very irresponsible for people to encourage children to do so,” he added.

Demonstrations have also been organised in Cardiff, Edinburgh, Brighton, Newcastle, Bournemouth and Birmingham.

Students let off alarm bells at 13:00 BST to “raise the alarm” for the climate. 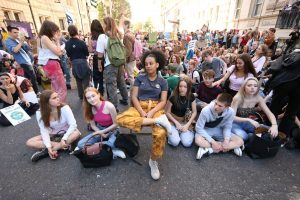 Labour leader Jeremy Corbyn addressed the climate change protest in Westminster, saying: “If we’re going to sustain this planet we need to get to net zero emissions a lot, lot quicker than 2050 [the government’s target].”

He said he wanted every country to signed up to the Paris Agreement and, referring to President Donald Trump, said it was “disgraceful when you get a president of a major country like the US” who says they will walk away.

Protests are taking place across the world not just in the UK.  In Europe, Africa, America, India and many more, children, students, teacher and parents have flooded the streets in a show of unity and a call for change. 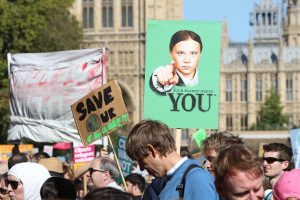