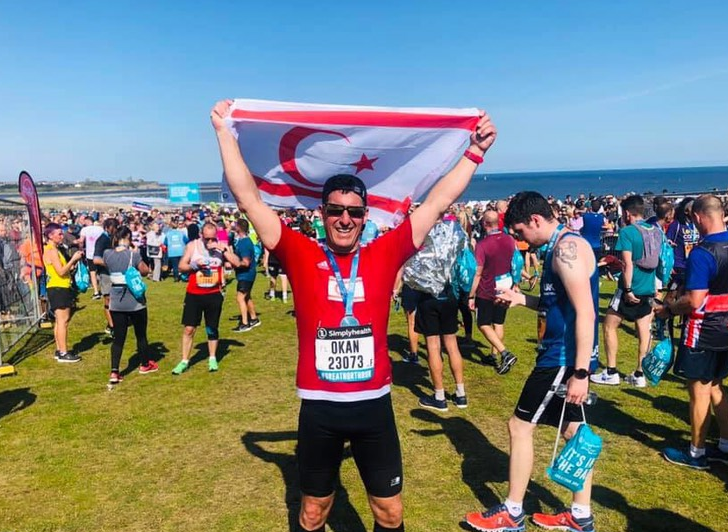 COMPLETING The Great North Run, the largest half-marathon in the world, Okan Baysan took part this year’s 39th race on September 8, in Newcastle. 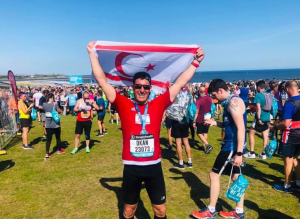 With some 58,000 runners taking part in this year race, with the support and cheers of over 200,000 spectators lining the barriers of the course helping them get to the finish line.

With the weather on the runner side, the race saw British runner Sir Mo Farah coming in at first place with a time of 59.07 and Kenyan athlete Brigid Kosgei broking the record set in 2014 with a 1: 04: 28 finish time for women.

Taking his place in this year race Turkish Cypriot Okan Baysan was once again flying the flag after completing the race within the top 9% of the runners. Saying: “I completed the 21 kilometres in the 5153rd place and in the top 9% of the total runners, achieving my best personal rating on this course. I am proud to include our country in such a large organization and I believe that I have created awareness among the runners and thousands of supporters.” 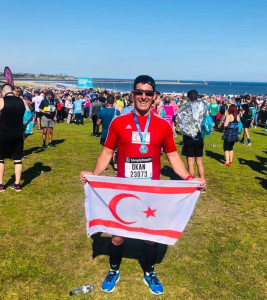 Never one to stop, Okan is already looking towards his next upcoming races, adding “I plan to close this year’s winter season by taking part in 3 different half marathons over the next four weeks, and my 2019 run program that starts in the centre of London will end with the midnight marathon in Strasbourg, Newcastle, Windsor, Cardiff and finally in Bilbao, Spain.”