The architect of one of Turkey’s greatest steps towards EU membership has called for his work to be renegotiated. 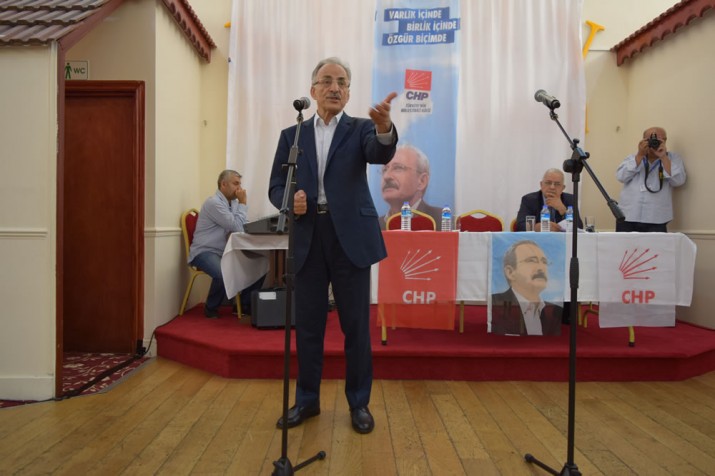 The architect of one of Turkey’s greatest steps towards EU membership has called for his work to be renegotiated.

Murat Karayalçın told a London audience this weekend that the eighteen-year-old customs union between Turkey and the Euroepan Union, which he negotiated as foreign minister, needed to change.

“The customs union should be renegotiated”, he told the meeting, a campaign stop for Turkish presidential candidate Ekmeleddin İhsanoğlu.

“There is a need for existing agreements in many areas, such visas for Turkish citizens and the procurement of services, to be looked at again.

“This is necessary for Turkey.”

The customs union allows Turkey to share a number of benefits enjoyed by EU member countries, including the free movement of industrial and agricultural goods within the union.

It also means Turkey applies the same tariff as EU countries on goods imported from outside the union.

But because it is not a member state, Turkey is unable to vote on changing these rules or introducing new ones, leading to criticism in the country.

Mr Karayalçın said the AK Party government was responsible for creating an environment where entry negotiations had stalled.

Critics have argued the customs union was always meant to be a stepping stone on the path to Turkey’s full membership but had become a straightjacket on economic development in the intervening years.